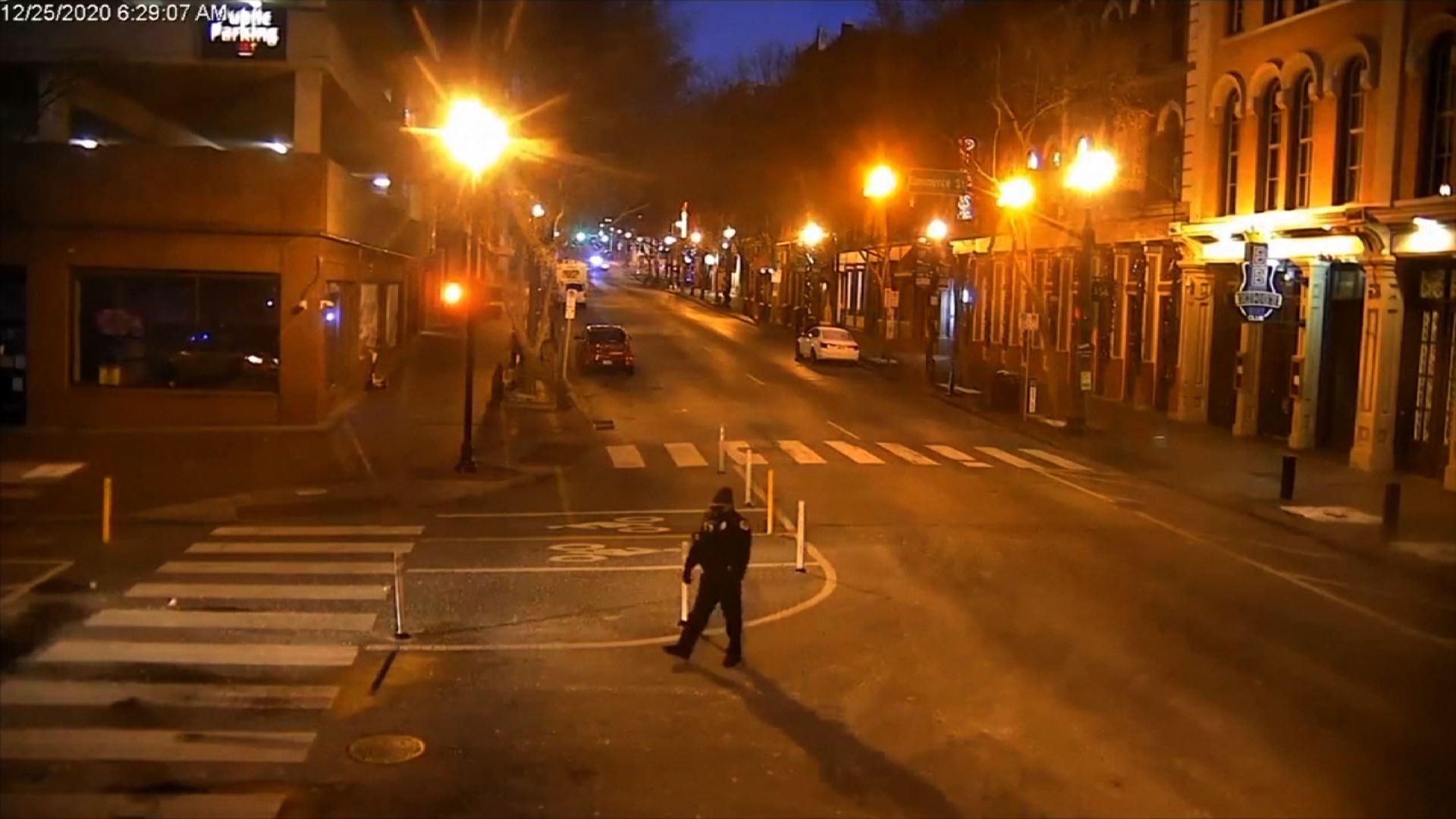 Officials in Nashville, Tenn. have named 63-year-old Anthony Quinn Warner as the man behind the mysterious explosion in which he was killed. (Dec. 28)

NASHVILLE, Tenn. – Hundreds of tips and a phalanx of law enforcement officers helped determine that Anthony Quinn Warner triggered the bomb that rocked this city and took his life on Christmas morning.

All that information and effort, however, have thus far failed to determine why. Investigators on Monday continued to try to put together the pieces.

“These answers won’t come quickly and will still require a lot of our team’s effort,” FBI Special Agent for Public Affairs Doug Korneski said. “None of those answers will ever be enough for those who have been affected by this event. We still have work to do.”

Warner’s body was essentially incinerated by the force of the blast when his recreational vehicle exploded on a quiet, downtown street, injuring three bystanders. DNA found at the scene, matched to samples taken at another location, provided Warner’s identification, Korneski said.

Moments before the blast, a speaker system broadcast a warning to evacuate the area. Officers at the scene before the explosion said the speakers also played the 1960s hit song “Downtown” by Petula Clark. The lyrics, describing downtown as a place to seek refuge from sadness, begin with “when you’re alone, and life is making you lonely, you can always go downtown.”

“Nashville is considered safe,” Police Chief John Drake said. “There are no known threats against this city.”

Still, this sprawling, fast-growing metro area of 2 million people is on edge. The driver of a box truck parked outside a convenience store in neighboring Rutherford County was arrested on felony charges Sunday after loudly playing audio “similar to what was heard” in the moments before Friday’s blast.

James Turgeon, 33, was charged with two counts of felony for filing a false report and one count of tampering with evidence and held on $500,000 bond.

The focus of the explosion investigation remains on Warner, 63, a longtime Nashvillian who held several IT jobs. Public records show he had extensive experience with electronics and alarm systems. He recently worked as an independent computer technician with the real estate firm Fridrich & Clark.

Federal agents have searched his home in Antioch, and the Fridrich & Clark real estate office in Nashville, for clues to Warner’s mental state.

A neighbor, Steve Schmoldt, described Warner as “kind of low key to the point of, I don’t know, I guess some people would say he’s a little odd.” Warner had placed lights and security cameras outside his home. He built a fence around his yard himself, Schmoldt told The Tennessean, part of the USA TODAY Network.

“You never saw anyone come and go,” Schmoldt said of Warner’s home. “Never saw him go anywhere. As far as we knew, he was kind of a computer geek that worked at home.”

Court records show Warner became enmeshed in a family dispute after he transferred ownership of a second family home to himself about one month before his brother died in 2018. The case was dismissed in October 2019 at the mother’s request. Family lawyer Yancy Belcher declined comment.

Court records also show a deed transfer of Warner’s residence from Warner to an individual with a Los Angeles address on Nov. 25 for $0. 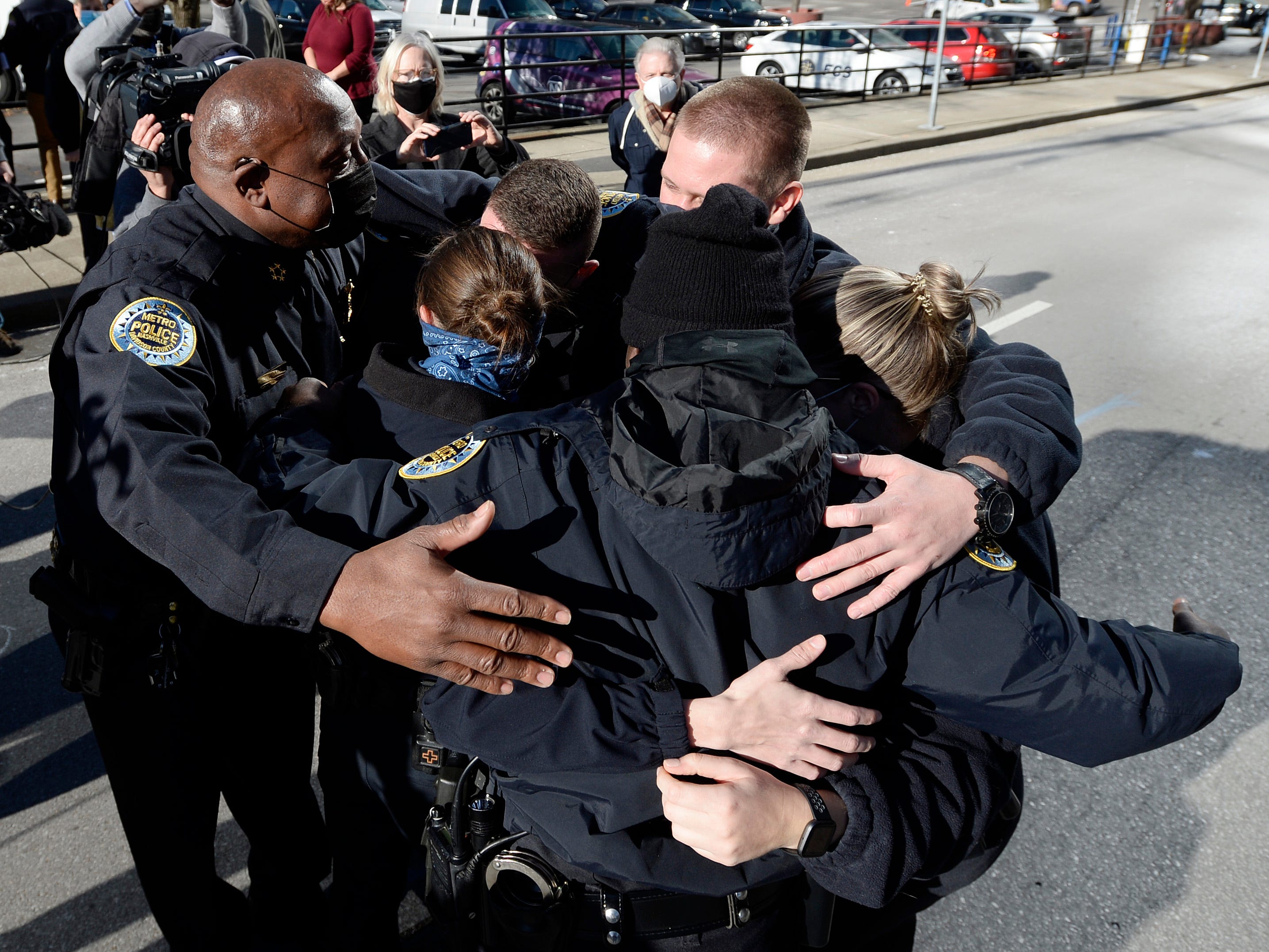