Skip to content
Trending
12-year-old boy murders father for accusing him of stealing his GHC70 in Ghana
COVID-19: Gambian president declares state of emergency
Trending
Mega Millions $1 billion jackpot is the third largest in US history. The winning ticket was sold in Michigan.
Logged out of Facebook? You’re not alone and Facebook blames configuration change for logouts
‘Jeopardy!’ ends in a rare two-way tie, forcing a winner-take-all showdown clue SportsPulse: It wasn’t pretty but who cares. The Browns end their 18 year playoff drought while the Dolphins fumbled a chance to end theirs. Mackenzie Salmon reacts to all the biggest storylines from Week 17 in the AFC.

After 256 games, the field is set and all 14 playoff teams are booked for the NFL playoffs.

The Kansas City Chiefs and Green Bay Packers will rest during the wild-card round next week as they enjoy their first-round byes. But before we move onto the postseason, it’s time to take a look at teams that surged late in the year and ones that sputtered. No squad had a bigger letdown than the Miami Dolphins, who woke up on Sunday as the No. 5 seed in the AFC and went to bed out of the playoff picture, altogether.

But where Miami stumbled, it opened a door for the Indianapolis Colts, who snuck into the playoffs as the final seed in the conference.

Here are the Week 17 winners and losers.

For the first time in 18 years, the Cleveland Browns are in the playoffs. This is a momentous achievement for a fan base that has been tortured with quarterback busts, ineffective coaching staffs and nearly two decades — if not more — of dysfunction. And while the game was perhaps closer than it should’ve been, as the Steelers rested a number of starters including quarterback Ben Roethlisberger, the Browns did enough to end the streak.

Cleveland’s offensive production wasn’t particularly impressive, but it was clean. The Browns committed just four penalties for only 19 yards. They didn’t turn the ball over. They converted half of their 12 third-down attempts. On defense, they pressured the Steelers’ passers and generated four sacks. They have a steady rushing attack, a decent passer in Baker Mayfield and playmakers on both sides of the ball. Kicking, though, is an issue. But most importantly, rookie coach Kevin Stefanski has installed a culture in Cleveland that can sustain development and long-term success.

“There is work left to be done,” Stefanski said. “The goal was never just to make the playoffs.”

Yes, the recent opponents haven’t been the highest quality. But in their last five games, the Ravens look as if they’re going to be a problem in the playoffs. A dominant 38-3 romping of the Bengals clinched a postseason berth and showed that this team’s rushing offense is back to previous levels that made quarterback Lamar Jackson the league MVP last season.

No other quarterback in NFL history has multiple seasons with 1,000+ rush yards#RavensFlock

Against Cincinnati, the Ravens ran for 404 yards. 404! That gives Baltimore an absurd 267.4 rushing yards a game over its last five, all of which were victories. That has helped Baltimore chew clock and extend drives. In that span, it has converted 38 of 62 (61.3%)  third-down tries. That’s a formula it can use to win games on the road in the playoffs.

Another team whose offense is hitting its stride at the right time is the Tampa Bay Buccaneers. They closed out their regular season with a convincing 44-27 victory against the Falcons and have now scored an average of 34.6 points a game over their last seven. One reason has been the emergence of running back Ronald Jones II, whose production has helped open up the passing game by forcing defenses to devote more players to stop the run.

The result has been an explosion for Tom Brady. In five of the last seven games, Brady has thrown for at least 340 yards. In that span, he has a 20:5 touchdown-to-interception ratio. In fact, at 43 years old, Brady became just the second player in league history to throw for 40 or more touchdown passes for two different teams. Brady has also found a connection with receiver Antonio Brown, who has four touchdowns in the last three weeks. Of course, it also helps when your offensive line gives you this much time.

This was as questionable a coaching decision seen in recent memory and one that legitimately begs the question of whether Pederson intentionally hurt his team’s chances at competing to improve their draft position. Pederson, in a three-point game in the regular-season finale, the marquee matchup the NFL front office promoted as the game of the week, benched his promising young quarterback Jalen Hurts for journeyman backup Nate Sudfeld. This was done under the guise of trying to evaluate Sudfeld. The Eagles lost, 20-14.

Here’s the issue. Sudfeld is a five-year NFL veteran with a limited skill set, a player who has been in the organization since 2017. What is there to evaluate? Why wouldn’t Pederson want to see more of Hurts, a rookie who ascended to starter and has still only attempted 148 career passes? Had the Eagles won, they would’ve claimed the ninth overall pick in the 2021 NFL draft. With the loss, they now pick sixth. This is a move that can push a coach to lose a locker room. All you have to do is see the looks of disbelief and frustration on the faces of Eagles veterans.

No team suffered a bigger defeat than Miami. The Dolphins had everything to play for and needed to defeat a very good Bills team to clinch a playoff spot. Even with a loss, they would’ve had a shot, but would’ve needed the Jaguars to defeat the Colts. That didn’t happen. Instead, Miami was embarrassed 56-26 and will miss the postseason for the fourth consecutive season.

The Dolphins allowed 56 points after entering the week with the No. 1 scoring defense in the NFL.

They are the only No. 1 scoring defense since 1970 to allow 50+ points in a game. H/T @EliasSports pic.twitter.com/6xWFWnd2QY

Gailey, Miami’s offensive coordinator, simply didn’t put together an effective plan in the team’s biggest game of the year until it was far too late. To be fair, Miami’s defense deserves a ton of blame for letting Bills quarterback Josh Allen pass for 224 yards and three touchdowns, with one pick, in part-time duty. The Bills pulled Allen early and sat several other key starters. It’s widely known that rookie Dolphins quarterback Tua Tagovailoa has excelled in an up-tempo offense and has looked more comfortable. Yet, it wasn’t until Miami faced a 22-point deficit at the start of the third quarter that Gailey opted for a no-huddle. The Dolphins dropped passes, went three of 14 on third-down tries, seemed almost disinterested at times and simply showed they never belonged in the playoffs.

Part of it was bad timing, with quarterback Kyler Murray suffering an injury last week and then getting dinged up with an ankle injury in the finale against the Rams, but the Cardinals narrowly missed out on the postseason after falling to L.A.. That means a season that at once looked promising now ends up being for naught. And in the end, it was streaky inconsistency that did Arizona in. Murray did return in the fourth quarter on Sunday, but by then it was too late.

There was some progress for Arizona this year, but offensive third-down inefficiency often doomed the offense, as did periods of Murray being ineffective at rushing the ball.

It had to have been miserable, winning a hard-fought game against the Cowboys to keep your minimal playoff hopes alive, only to see the team you need to win … pull their young, talented quarterback for an unremarkable third-stringer. That’s not the only reason the Giants missed the playoffs. Let’s be clear: This team went 6-10 and had plenty of chances to pull ahead in the NFC East over the 2020 season. New York failed to do that and this is what happens when teams don’t take care of their own business.

But Pederson’s switch happened when this was just a three-point game, one in which Philadelphia very well could’ve fought back. And there’s simply no question Hurts provides Philadelphia more of a chance to be competitive than Nate Sudfeld. Giants players were rightly upset on social media, but this also was supposed to be the marquee game for the final week of the regular season. Fans were robbed, too.

Teams that can’t play in the elements

The teams that clinched the top seeds in their respective conferences, the Chiefs in the AFC and the Packers in the NFC, just happen to play in stadiums where icy winds are known to whip across the field this time of the year. Both are known to dump rain/sleet/snow on any given day, making it a tougher challenge for dome and warm-weather teams.

The Packers, who clinched the No. 1 seed with a 35-16 victory against the Bears, went 7-1 this season at Lambeau Field, where the last game there was in a snowstorm. The Chiefs rested the majority of their starters in the finale loss against the Chargers to drop to 6-2 at Arrowhead. Home-field advantage certainly is different this year with the pandemic, but there are other cold weather teams that will host at least one playoff game: the Bills, Steelers, Titans and Seahawks. That means teams that don’t protect the ball, don’t prioritize timing and details in their offensive operation and commit penalties and unforced errors may struggle even more.

If you enjoy talking football, we have the perfect spot for you. Join our Facebook Group, The Ruling Off the Field, to engage in friendly debate and conversation with fellow football fans and our NFL insiders. Do the right thing, sign up now! 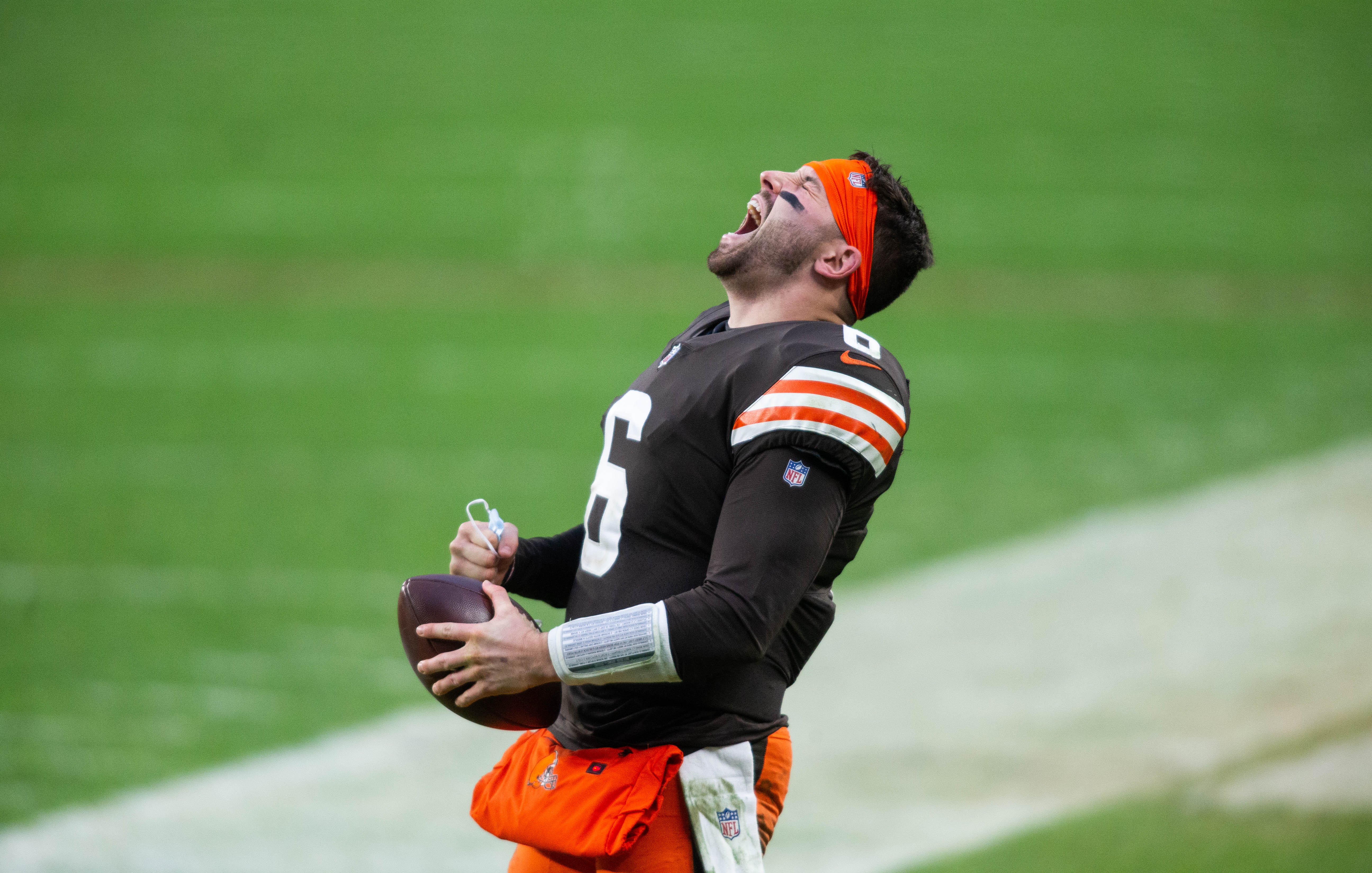 2021-01-04
Previous Post: Tanya Roberts, Bond girl in ‘A View To a Kill,’ dies at 65; Star of ‘Charlie’s Angels,’ ‘That ’70s Show’
Next Post: Mexico closes migrant shelters due to coronavirus; those seeking refuge face more dangers