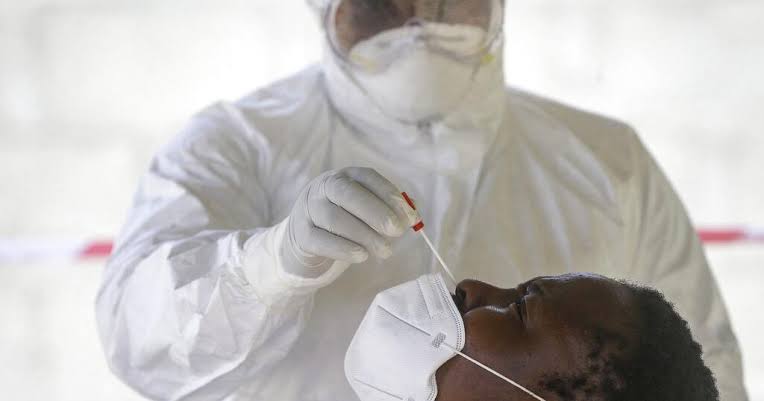 The Nigeria Centre for Disease Control(NCDC) has confirmed 77 new cases of Coronavirus (COVID-19) in the country.

The agency made this known via its verified website on Friday.

The NCDC said that the 77 new cases brought the nation’s confirmed cases to 61,882.

The News Agency of Nigeria(NAN) reports that as the country keeps up the fight against COVID-19, the spread of the virus continues to slow down.

According to the agency, the latest update shows that the country recorded 77 new infections with two COVID-19 related deaths in 10 states and the Federal Capital Territory in the last 24 hours in the country.

The public health agency said that the number of recoveries stood at 57,190, as 205 patients were discharged across the nation in the last 24 hours.

The NCDC said that Lagos State recorded the bulk of the new infections with 11 cases, while Kaduna, Rivers and FCT confirmed 20, 19 and 4 new cases.

Others were; Osun state with 3 cases of the virus, Ondo, Sokoto, Kwara and Benue confirmed 2 cases each, while Imo and Ogun reported 1 case each.

The NCDC said it had conducted 602,239 tests since the first confirmed case relating to the COVID-19 pandemic was announced.

It added that a multi-sectoral national Emergency Operations Centre (EOC), activated at Level 3, had continued to coordinate the national response activities.