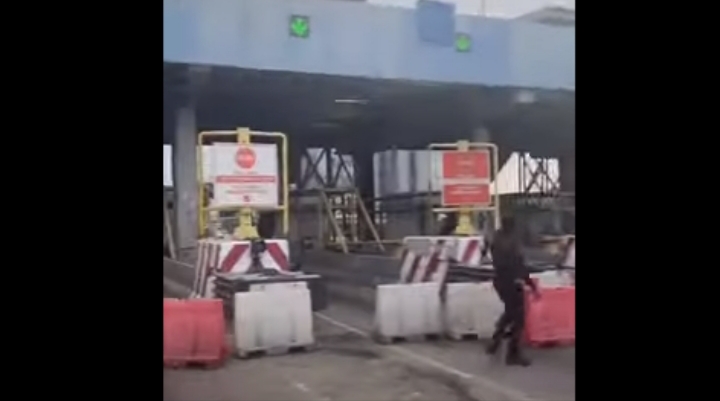 The shootings of #EndSARS protesters at Lekki tollgate in Lagos has been condemned by the Nigerian Institute of Public Relations (NIPR).

This was disclosed by the president of the institute, Mallam Murkta Sirajo while addressing reporters in Abuja.

“The Nigerian Institute of Public Relations condemns unequivocally, the reported shooting of protesters at the Lekki toll gate in Lagos on Wednesday.

” The resort to use of arms against unarmed protesters who were doing nothing other than exercising their guaranteed rights to dissent was against all known tenets of decency, civilization and democracy and therefore unacceptable.”

According to him, the reported denial by the Army of the complicity of its officers in the dastardly acts will make more meaning if an immediate inquiry is launched to ascertain who the perpetrators were.

The Institute bemoaned the resort to the hooliganism that ensued afterwards which led to arson, and looting of both public and private properties.

The NIPR said: “It is our firm belief, that the lawlessness has nothing to do with the original objectives of the #EndSARS movement, which we believe to be simply a cry against impunity and a pitch for good governance.”

The President recalled the Institute had followed with keen interest the almost two-week old #EndSARS protests across the country as well as government response to it.

Sirajo said the descent to anarchy, arson, bloodshed and looting in the past two days has however compelled a shift from the NIPR position of silent observation.

He noted the Institute wishes to make it clear it respects citizens’ rights to peaceful dissent as well as government’s responsibility to the maintenance of law and order.

The NIPR boss submitted: “It therefore identifies with the #EndSARS’ objective, which beyond the hashtag, is a condemnation of impunity, ruthless conducts, and the general lack of respect to due processes by some sections of the nation’s law enforcement architecture, as well as a call for the reform of same.

“The decision by the government to dissolve the SARS, though a step in the right direction, we believe in itself is not a solution to the problem.

“Far reaching reforms in the nation’s policing architecture that includes review of recruitment process, improvement in welfare and general reorientation from top to bottom, among others, would also go a long way in regenerating citizens’ confidence in the Police.”