Four days to the US election: Voters look ahead to the next four years
EndSARS: Police ask court to stop judicial panels’ probe of abuses
Two Bullion vans moving cash without escort impounded in Lagos
Suspend Strike, Students Beg ASUU
Tragedy In Zabarmari And Other Matters By Achike Chude
2023 Presidency: Another Retirement Plan Or Governance? By Ishowo Oluwatosin
Why President Muhammadu Buhari Should Be Impeached If He Fails To Resign By Bolakale Aliu 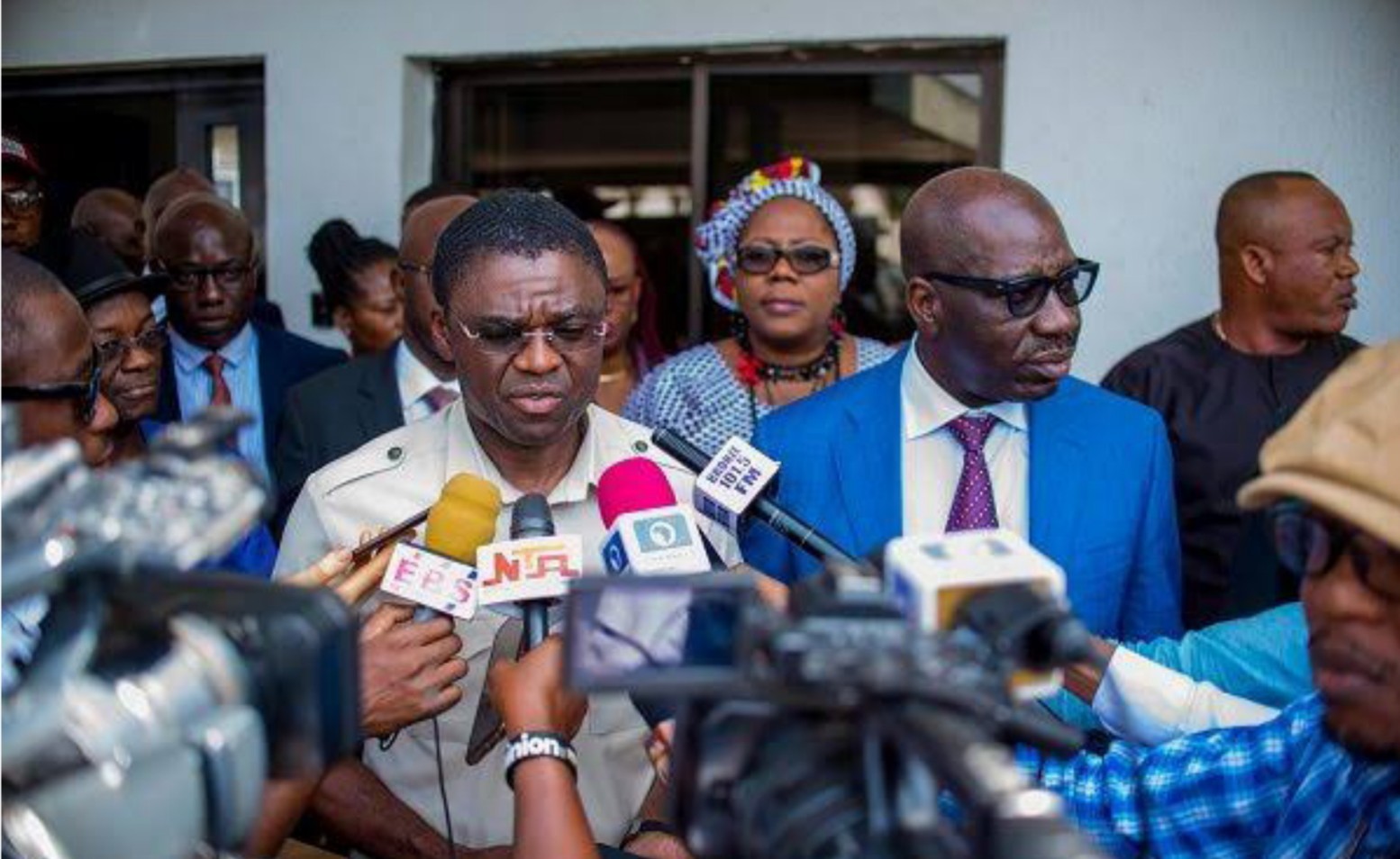 Edo State Deputy Governor, Comrade Philip Shaibu, has dismissed the widespread allegation that some palliatives were found in his the Conference Hall describing it as wicked and dubious excuse by detractors to attack his home and destroy his properties.

A statement in Benin on Monday by his Senior Special Assistant on Media Mr Benjamin Atu, accused the opposition of allegedly sponsoring hoodlums and political thugs to invade and destroy properties belonging to the Deputy Governor under the disguise of palliative search and #EndSARS protest, despite the imposition of curfew and suspension of protest across the state by the government.

He said “These sponsored thugs invaded the Conference Hall of the Deputy Governor’s residence in the early hours of today, but security operatives who have been on the alert, repelled and apprehended them and subsequently moved them from Jattu to Benin City.

“The fact that we want to establish is that at least it has been confirmed that No palliative is in the House of the Deputy Governor.

“All palliatives that were sent to Edo North were disbursed directly to the Local Government for instant distribution to the beneficiaries.

“Edo North does not have a Central reserve where palliatives were kept. The State has only one centre and that’s not in Edo North”.

The media aide called on the security operatives to immediately arrest anyone that was connected to the deliberate effort to undermine the peace and security in the State, in their desperation to make the forthcoming second term inauguration impossible.

“Any person or group of persons making efforts to scuttle the inauguration arrangement should be made to face the wrath of the law,” the statement added.

The post No palliative found in Edo Deputy Governor’s hall in Jattu — Aide appeared first on Within Nigeria.

2020-10-26
Previous Post: If We Do Not Kill Corruption, It Will Murder Nigeria – Buhari
Next Post: 80 Arrested For Allegedly Looting, Damaging Properties In Calabar