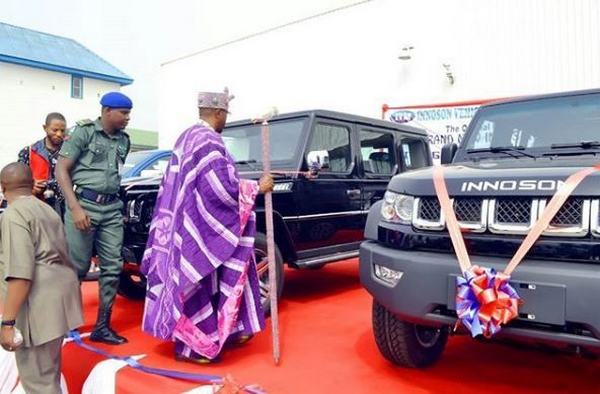 A Hilux vehicle belonging to the Oluwo of Iwo, Oba Abdulrasheed Akanbi, has been stolen in a Lagos hotel.

Confirming the incident, the Osun monarch said the Hilux security vehicle was stolen between the night of Saturday and Sunday morning at the hotel where his security aides stayed during his visit to Lagos this weekend.

“It is true, we have reported to security agents. My Hilux car was stolen overnight (11/10/2020) at Toilam Royal Hotel and suites at Igbosere Road L/Island, Lagos State.

“The white Hilux was engraved with “Oba Adewale Akanbi” on its mirrors, windshield and its engine.

The post Oluwo Of Iwo’s Vehicle Stolen In Lagos Hotel appeared first on Within Nigeria.

2020-10-11
Previous Post: Sanwo-Olu to render account of 500 days in office
Next Post: Key takeaways from the New York Times’ investigation into Trump’s taxes while in office