Osimhen collapses, rushed to hospital after Napoli defeat to Atalanta 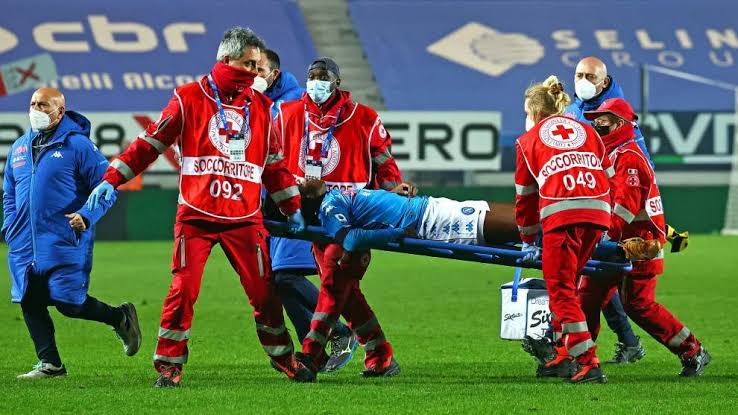 Napoli forward Victor Osimhen was taken to the hospital after suffering a head injury at the end of Sunday’s Serie A clash against Atalanta.

Osimhen, according to various media reports lost consciousness briefly towards the end of the game.

The Nigeria international was quickly evacuated on a stretcher in the 90th minute after his head hit the ground following a duel with Cristian Romero.

The 22-year-old however regained consciousness during the trip to the hospital.

Osimhen was rushed to Bergamo’s Papa Giovanni Hospital accompanied by Napoli’s doctor and is reported to be alert.

Napoli said, Osimhen was falling in and out of consciousness on the pitch, so was rushed to the nearby ambulance and taken to hospital for tests.

Osimhen returned to the pitch at the end of January after more than two months of absence due to a shoulder injury he picked up on international duty with Nigeria.

The former Lille striker despite a promising start to the season, has so far only scored two goals for Napoli and has always been under heavy criticism for his goal drought.

The post Osimhen collapses, rushed to hospital after Napoli defeat to Atalanta appeared first on NEWS.