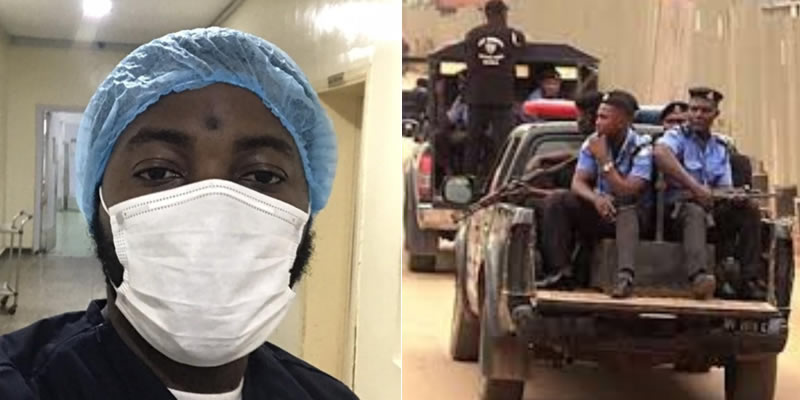 A doctor named Finest Surgeon on Twitter, has shared a sad tale of how a police officer allegedly shot a 14-year-old girl.

According to the doctor, the little girl was sent on an errand by her grandmother when she met the policeman who allegedly shot her four times.

“My patient, 14yr old girl, sent by grandma to buy something just outside was caught in between policemen chasing hoodlums. She went to hide herself behind a shop in the street, policeman found her there and shot her 4 times!

“That’s 4 times at a 14yr old obviously harmless, defenseless and armless innocent civilian. I need the most creative curse for this police man wherever he is. She’s very stable now, she was very lucky”. He said.