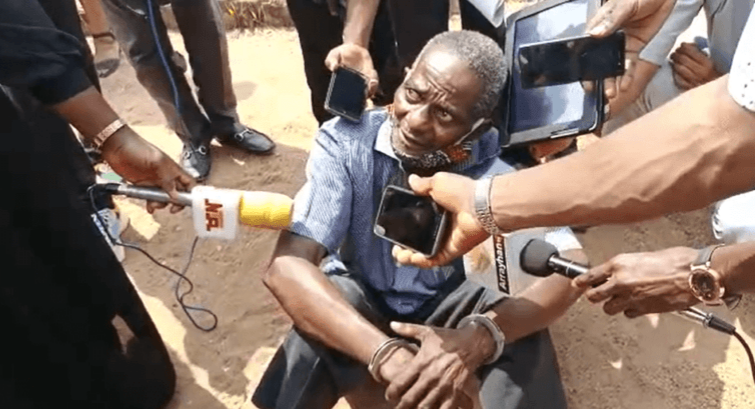 A 56-year-old man identified as Remi Oladiti who claims to be a lawyer has been arrested by the Oyo State Police Command for allegedly drugging, raping and impregnating a 14-year old girl in Bodija area of Ibadan.

This was disclosed by the State Commissioner of Police, Mrs Ngozi Onadeko while briefing newsmen on Thursday.

The police commissioner said the victim was sent on an errand when Oladiti accosted her and gave her a soft drink laced with sedative.

The girl was said to have become unconscious after taking the soft drink and she woke up to find herself naked on the man’s bed.

The police boss said medical examination confirmed that the girl is 29 weeks pregnant.

“Upon complaint received by the victim’s parents, it was gathered that sometime in May 2020, one ( name witheld)! F’ aged 14 yrs of Balogun Street, Bodija, Ibadan was sent on an errand to No. 20 Olaigbe Avenue Bodija. Ibadan to purchase pap,” the Commissioner stated.

“In the process, one Remi Oladiti ‘m’ aged 56 gave her a soft drink suspected to contain some form of sedative hypnotics to drink which made her fall unconscious

“Following her comatose state, Remi Oladiti, who had already made a confessional statement, forcefully had unlawful carnal knowledge of her.

“On regaining consciousness, she found herself fully unclothed on Remi Oladiti’s bed while blood was dripping out from her private part

“The suspect made confessional statement to the fact that he admittedly had carnal knowledge of her but denied giving her anything to drink. Medical examination revealed that the victim was already 29 weeks and one day old pregnant.”

Speaking to journalists, Oladiti claimed that he did not force the alleged victim, adding that she told him she was 18 years old.

The post Police arrest 56-year-old lawyer for allegedly raping and impregnating 14-year-old girl in Oyo appeared first on Within Nigeria.