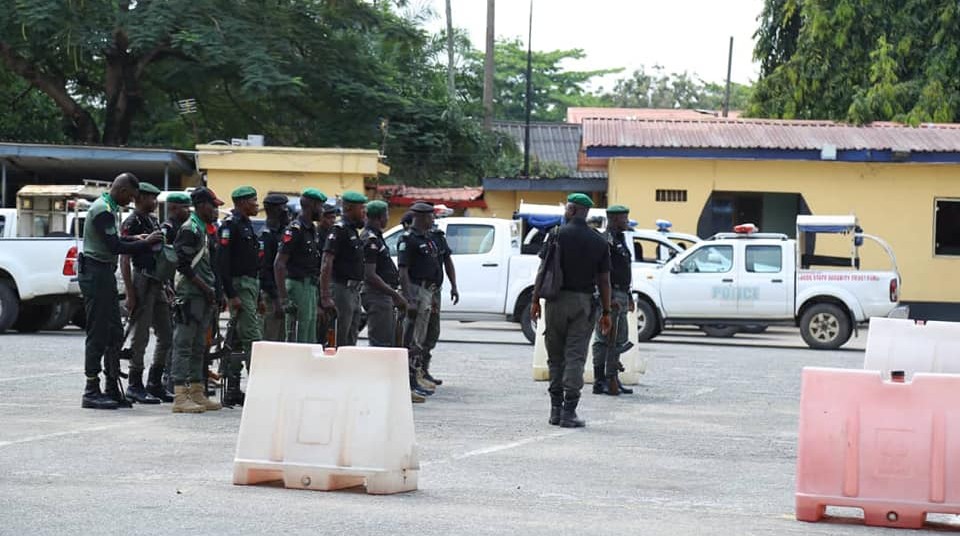 The police in Lagos on Wednesday announced the dismissal of 10 police officers for various offences.

The command’s spokesperson, Olumuyiwa Adejobi, made the disclosure in a statement he signed and released to journalists in Lagos.

According to the spokesperson, the dismissal was in a bid to promote discipline and core values of policing in the state.

Mr Adejobi said the command tried 81 personnel for various criminal and disciplinary offences that were committed between October 2019 and October 2020.

The offences, he said, ranged from murder, discreditable conducts, excessive use of power, corrupt practices and negligence.

According to him, the command dismissed 10 personnel, reduced the ranks of 18 officers and issued warning letters to others.

“Others were awarded extra fatigue, while 16 of the men were discharged and acquitted for want of evidence.

“The personnel tried in the orderly room proceedings, conducted at various locations in Lagos state, included 45 inspectors,” he said.

Similarly, Mr Adejobi also said some senior officers of the command were queried for various disciplinary offences with the queries being processed at the Force Headquarters, Abuja, for necessary action.

“It is important to state that some of the affected personnel were attached to the Police Command, while others were serving at various police formations within Lagos State.

“The trials were instituted based on a series of complaints levelled against them.

“According to the provisions of the Police Act and Regulations, punishments were awarded according to the magnitude of offences committed by the police personnel,” he said.

He said that the Commissioner of Police in the state, Hakeem Odumosu, had deemed it necessary to take steps to sanitise its workforce in order to expel indiscipline and crime within the force.

“Odumosu wishes to reiterate that police personnel are held accountable for their actions and inactions.

“He, therefore, appeals to the general public to report any misconduct of police personnel to appropriate authorities, as such will be treated accordingly and justice will be done.

“Odumosu also charges officers and men of the command to be thorough and professional in their day-to-day activities, assuring them of reform and better standards in the police, as being championed by the Inspector-General of Police, Muhammed Adamu,” Mr Adejobi said.

The post Police dismiss 10 personnel for misconduct in Lagos appeared first on Within Nigeria.