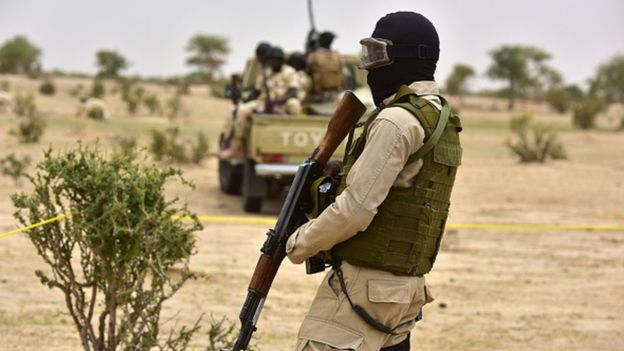 Residents of Gwafan village in Jos North local government area has been thrown into deep mourning following an alleged attack on some youths of the community by security operatives.

The community which hosts the residence of the former Speaker of the House of Representatives, Yakubu Dogara, was thrown into mourning following last Sunday’s looting at the home of the former Speaker as security agents who were drafted to stop the act allegedly killed some residents and dumped their bodies in the surrounding dams in the area, Vanguard reports.

Among those killed is a 29-year-old 300L Biochemistry undergraduate of the University of Jos, Daniel Simon, whom residents at his burial said was killed by some personnel of the Special Task Force, Operation Safe Haven, OPSH as a community member who pleaded anonymity confirmed some corpses were recovered from an abandoned mining pond behind the house of the former Speaker.

Daniel’s elder brother, Iliya Simon, stated on that day, some people who are not known in the neighbourhood stormed the area, located the former Speaker’s house and began looting, they moved out from their houses to see what was going on then the security men arrived and began to chase them away.

“The late Daniel (300 level student, Unijos) and some of his friends were running, but the soldiers reportedly chased them towards the dam and shot him directly on his face and threw him into the pond.

At the time the melee died down, they began to search for his whereabouts including the places where some arrested suspected looters were taken but there was no trace of him but days later, his corpse was found floating in the dam that was when they discovered he had been shot and killed with his face mangled.

The community invited the National Human Rights Commission to witness the state of the corpses found before depositing them in the morgue even as search is ongoing for those still missing.

However, the Media Officer of OPSH, Maj. Ibrahim Shittu when contacted said, “I am not aware of such, I will confirm.” But the State Coordinator of the NHRC, Barr. Grace Pam said,

“Yes, the thing happened on Wednesday, we went to the dam to pick the corpses, went to the new JUTH with them and from there to the old JUTH were the corpses were deposited, they were supposed to do an autopsy, our staff left them there because the relations were there for the autopsy but surprisingly this (Friday) morning since we were off on Thursday, the lawyers we sent said the relations called them to say they were going to pick their corpses for burial because they do not want any case.

“I asked if they told them the implication of their action and they said yes, even with this panel of inquiry, they can present their cases but they said they don’t want any case and there is nothing we can do.

“When my officers went with them to old JUTH, they were looking for pathologists that will do the autopsy, they gave them the coroner forms only for the relations to develop cold feet.

“Four bodies were picked, one female and three males. This is the problem we have, they make you start investigations but halfway they will say they don’t want to press charges.”