Soldiers arrested for flogging lady over ‘indecent’ dressing in Ibadan 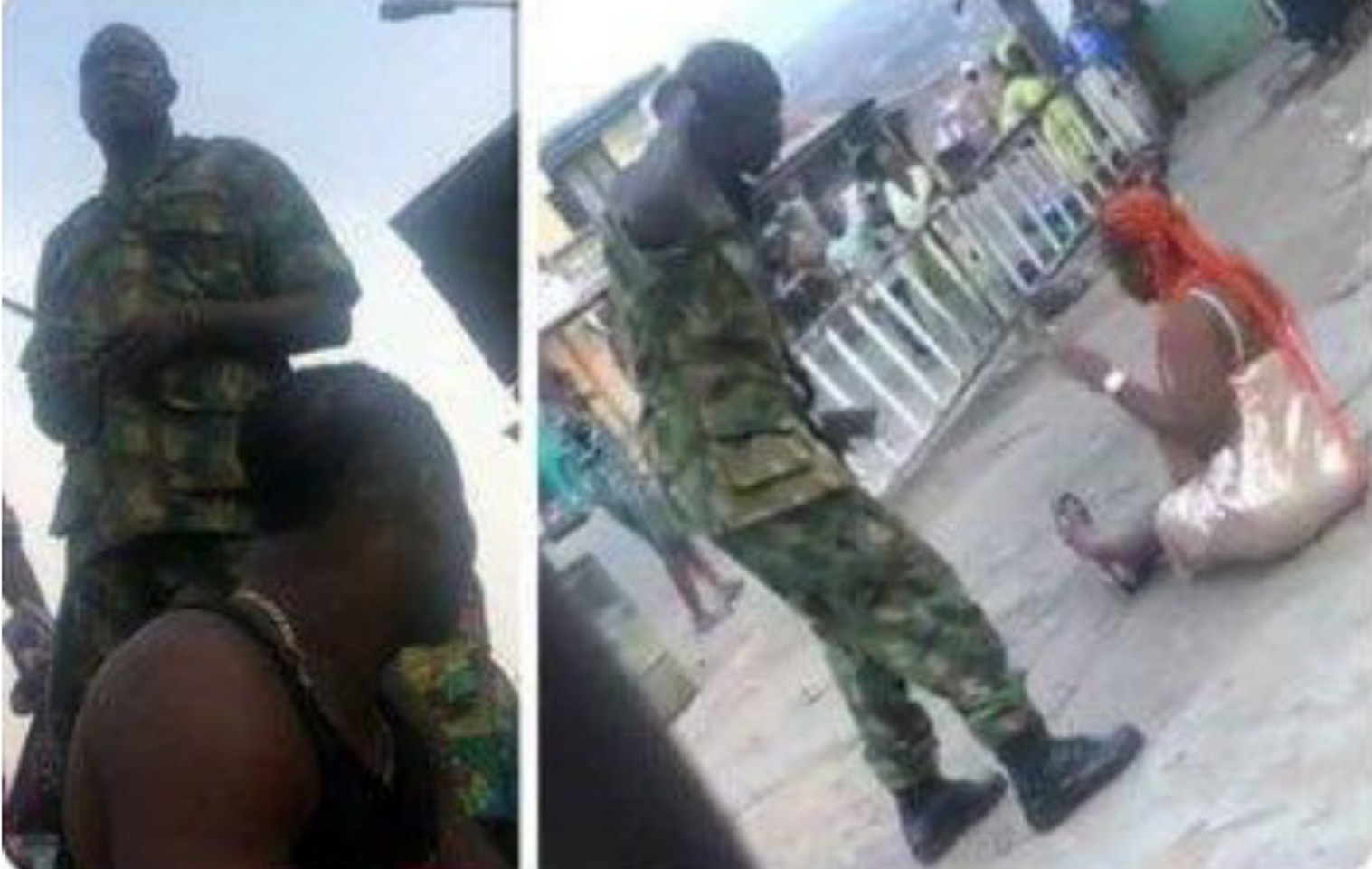 Some soldiers attached to the Oyo State joint security outfit codenamed Operation Burst have been arrested and detained for allegedly assaulting a lady at Beere area of Ibadan, the Oyo State capital, last month.

Operation Burst Commander, Captain Usolo, disclosed this on Monday. It was gathered that the lady in question was beaten by some soldiers in the security team over allegations of ‘indecent dressing.’

The video of the assault, which went viral over the weekend, shows the soldiers beating the lady with horsewhips in the presence of residents of the area.

Residents of the area alleged that the officials of the outfit had been terrorising them on flimsy excuses in the aftermath of the #EndSARS protest that was hijacked by hoodlums.

Some of the soldiers, who were chanting ‘End SARS’, also shaved the heads of some youths said to be wearing improper hairstyles.

Meanwhile, during a programme tagged: Fresh FM Situation Room on Fresh 105.9 FM on Monday, the Commander, Operation Burst, Captain Usolo, apologised to the families of those assaulted by personnel of the outfit.

Also, the Commissioner for Youths and Sports in the state, Mr Seun Fakorede said on the programme: “My ears are full with news of the unlawful activities of some soldiers of the Nigerian Army, over the weekend. ”I reached out to the Commandant of the Operation Burst and I have been assured that the men involved in this distasteful operation have been arrested and taken to the barracks. They will be dealt with accordingly.”

The post Soldiers arrested for flogging lady over ‘indecent’ dressing in Ibadan appeared first on Within Nigeria.