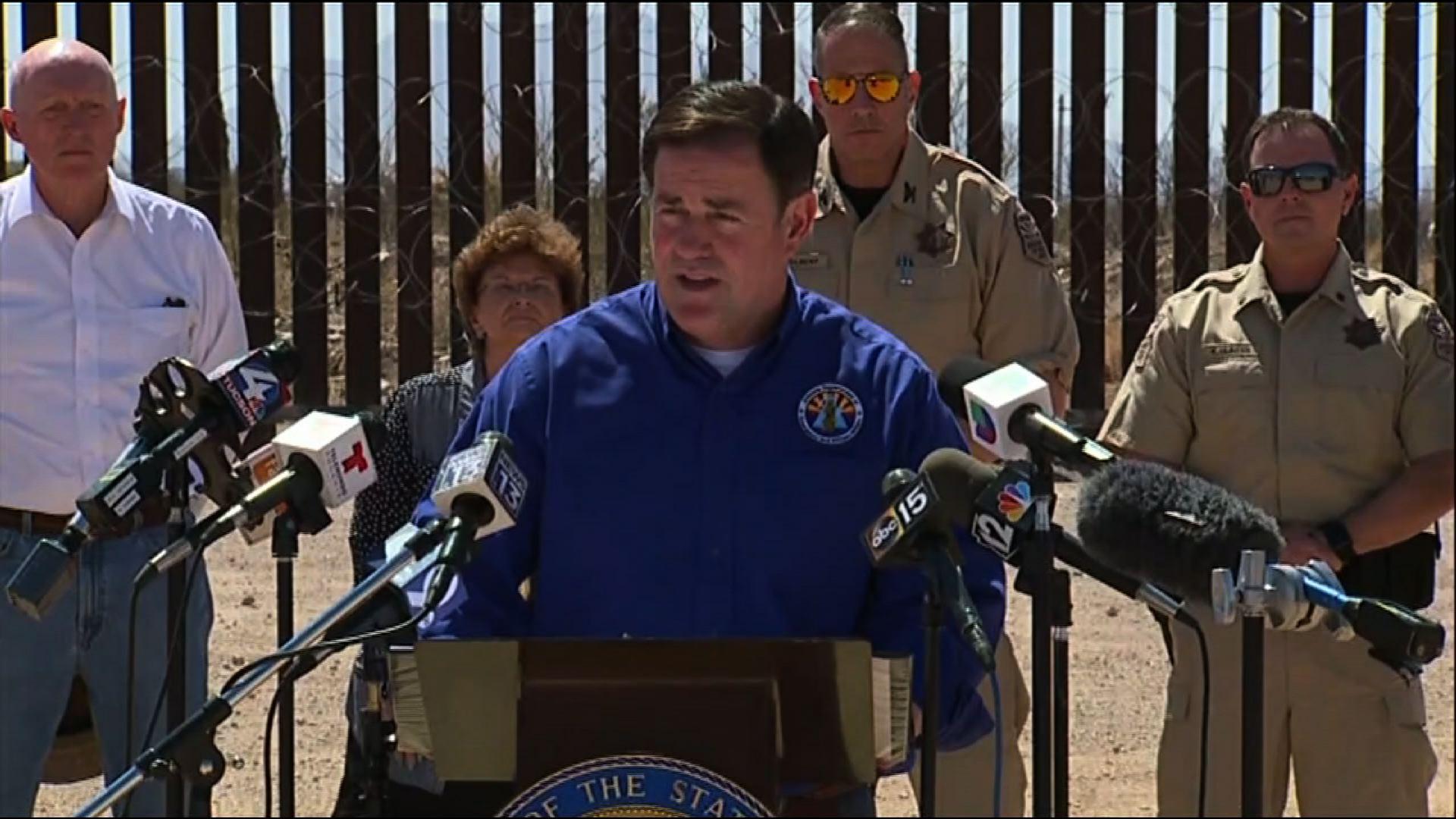 Arizona Gov. Doug Ducey is lashing out at Biden Administration immigration policy as the cause of a surge in migrant children along the U.S. border with Mexico. Ducey toured a border area Friday with Republican Senator Rick Scott of Florida. (March 19)

Homeland Security Secretary Alejandro Mayorkas defended the Biden administration’s response to a rise in the number of unaccompanied migrant children arriving at the southern border, during a series of interviews Sunday.

“The border is closed,” Mayorkas declared on NBC News’ “Meet the Press.” The secretary noted that the administration was “expelling families. We are expelling single adults. And we’ve made a decision that we will not expel young, vulnerable children.”

Since November, unaccompanied migrant children have been allowed to enter the United States and be assigned a deportation hearing where they can seek legal status. The Trump administration was required to carry out this process after a judge ruled the provision necessary, a policy that the Biden administration decided to continue.

In the first weeks of the new administration, there has since been an upswing in the number of unaccompanied minors crossing the U.S-Mexico border. Many of the children are fleeing instability and violence in Central American countries. Most are placed in border patrol custody, which has been largely overwhelmed by the steady rise in arrivals.

Critics have argued the surge in migrants is due to the Biden administration’s shift in tone and policy. Mayorkas, who has said that the current wave of unaccompanied migrant children may be the largest in 20 years, has pushed back on such characterizations, blaming the Trump administration for the problems facing the country’s immigration processing system.

“Trump dismantled the orderly, humane and efficient way of allowing children to make their claims under U.S. law in their home countries,” Mayorkas said during the NBC News interview, adding the administration is now “rebuilding those orderly and safe processes as quickly as possible.”

Mayorkas reemphasized the administration was working to  reestablish the Central American Minors program, a government process that allows youth in violent situations to apply for asylum while still in their home countries and then be admitted to the U.S. through safe channels.

“In the meantime, we will not expel into the Mexican desert, for example, three orphaned children whom I saw over the last two weeks. We just won’t do that. That’s not who we are,” the secretary said.

On “Fox News Sunday,” Mayorkas said the Biden administration had replaced Trump’s “Remain in Mexico” policy with a “safe and orderly triage system working with our partners in Mexico, and humanitarian organizations in the international space,” while again emphasizing that the border was closed.

“We are a nation of laws and we treat vulnerable children humanely. We can do it. And we are doing it,” Mayokras asserted to Fox anchor Chris Wallace.

President Joe Biden and his aides have received harsh criticism from across the political spectrum for their handling of the situation at the border, which some are now calling a crisis.

Progressives and immigrant rights advocates have criticized the administration for opening further facilities to house and process the migrant children under Customs and Border Patrol, which have been criticized as unsafe and crowded to house youths.

President Biden to potential migrants: ‘Don’t come’ to the US amid surge at southern border 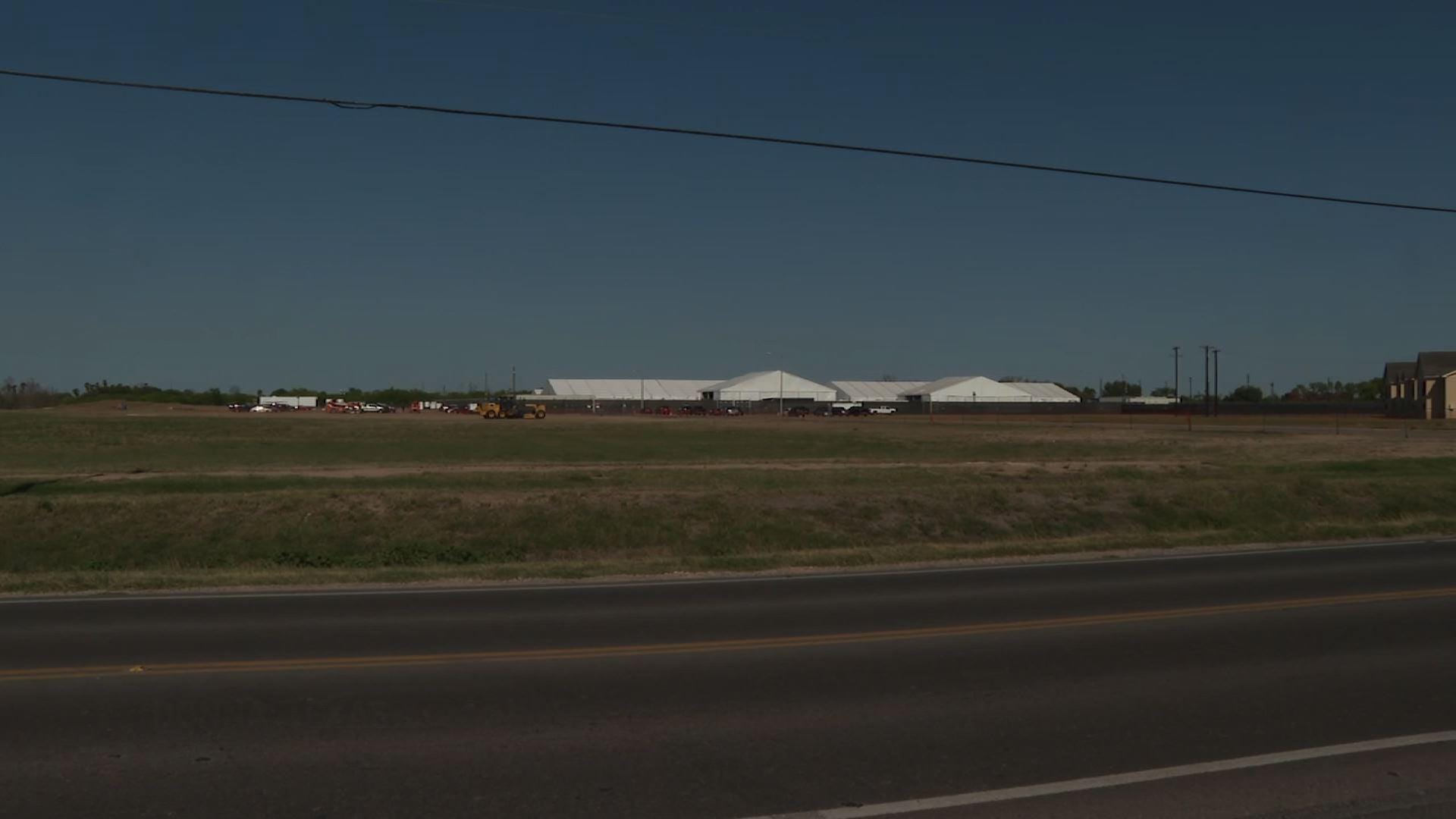 The Biden administration is responding to a wave of children crossing the southern border into the U.S. with some of the very tactics that evoked moral outrage from Democrats when former President Donald Trump embraced them. (March 19)

“It’s more than a crisis. This is a human heartbreak,” House Minority Leader Kevin McCarthy said during a trip to the U.S.-Mexico border with fellow GOP House members. “The sad thing about all of this is that it didn’t have to happen.”

Sen. Tom Cotton, R-Ark., criticized ” the nonsense that has created the Biden border” on “Fox News Sunday” in a segment after Mayorkas’ interview with the news program.

“He is basically saying the United States will not secure our border and that is a big welcome sign to migrants from across the world,” Cotton argued.

Mayorkas pushed back on such characterizations.

“We are safely processing the children who do come to our border. We strongly urge, and the message is clear, not to do so now,” Mayorkas emphasized on NBC. “I cannot overstate the perils of the journey that they take.”

When asked on CNN’s “State of the Union,” whether the administration would be flying unaccompanied migrant children to the northern border for faster processing, Mayorkas said, “We don’t have those plans in place now but what we are doing is we are putting all options on the table.”

On March 13, DHS announced that the Federal Emergency Management Agency would provide aid for the situation at the border. Mayorkas at the time said the move was meant to use “every available option to quickly expand physical capacity for appropriate lodging.”

The federal government also plans to open another facility in Pecos, Texas, to house unaccompanied migrant children to manage the swelling number of migrant youth, according to NBC News.

When pressed about conditions in border patrol facilities on CNN, Mayorkas conceded that conditions were “crowded” for children before they were moved to facilities managed by the Department of Health and Human Services. And Mayorkas said that while unaccompanied migrant youth are tested for the coronavirus and given the space to practice social distancing while in HHS facilities, such measures are not in place while they are in Border Patrol custody.

The administration has so far not allowed any media into the facilities on the border to observe conditions, a move that has been criticized by Democratic and Republican lawmakers alike. But Mayokras denied that there was any “gag order” preventing federal agencies from allowing news media to survey the facilities.

“Let me be clear, we’re in the midst of the pandemic. We’re talking about a crowded Border Patrol station where we are focused on operations,” Mayorkas explained on ABC News’ “This Week” when asked about why agencies have not allowed outside observers into facilities.

The secretary said the administration was “working on a plan to provide access so that people could see what is going on a Border Patrol station” and noted that reporters were already able to observe HHS facilities, though he provided no timeline for when they would be able to see the Border Patrol sites where a majority of the unaccompanied minors are currently being processed.