‘The Conners’ crew member dies on set after ‘medical event’ 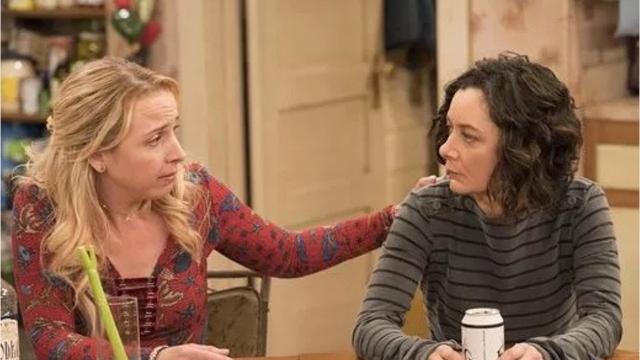 A spinoff of ‘Roseanne’ called ‘The Conners’ will air on ABC this fall without Roseanne Barr.

A crew member working on “The Conners” died Friday after a ‘fatal medical event.”

Werner Entertainment, the production company behind the ABC sitcom, a spin-off of “Roseanne,” confirmed the news to USA TODAY in a statement.

“With heavy hearts we regret to confirm that a member of our technical crew suffered a fatal medical event today. He was a much loved member of ‘The Conners’ and ‘Roseanne’ families for over 25 years,” the statement read. “As we remember our beloved colleague, we ask that you respect the privacy of his family and loved ones as they begin their grieving process.”

TMZ was first to report the news. According to the outlet, the crew member was working on a catwalk when he fell. Medics were unable to resuscitate him.

“The Conners” replaced “Roseanne” after a racist 2018 tweet by star Roseanne Barr led to her firing and the sitcom revival’s cancellation. The show premiered later that year, as Barr’s character, the family’s matriarch, died from opioid drug use that aggravated existing health conditions.

More: ‘The Conners’ reveals how the show kills off Roseanne – and fired Roseanne Barr responds

With the exception of Barr, Goodman, who plays Dan Conner, pressed on with the rest of the cast in the spinoff, which includes Sara Gilbert, Laurie Metcalf, Lecy Goranson and Michael Fishman.

“The Conners” stayed true to its roots, continuing to look at topical issues from a working-class perspective,  including health care, drug use, immigration and the struggle to make ends meet.

“We’re similar in that we have always wanted to stay true to this kind of family and the stories they would encounter struggling to make it emotionally, financially, but hopefully making people laugh and sometimes cry along the way,” Gilbert told USA TODAY at the time. “What’s different now is we are missing our matriarch in the show, so our roles are redefined as they would be in a family. People step up, relationships strengthen, people have to step into more of a caregiver role. It’s allowed us to explore some new stories.”

More: How ‘The Conners’ moves on without fierce (and fired) matriarch Roseanne