The problem with ‘sustainable fashion’

By: Rex News
In: Fashion
With: 0 Comments 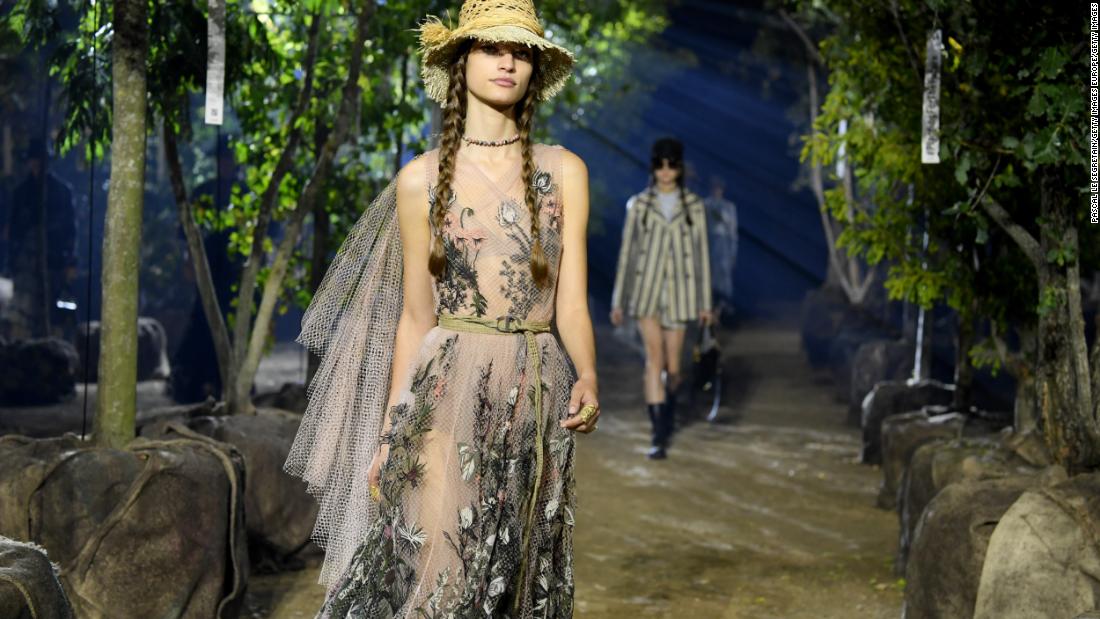 As a buzzword, “sustainability” dominated September’s fashion weeks. From using recycled fabrics to declaring their runways carbon neutral, designers and brands reflected a growing demand among consumers for more than fashion.

According to the latest Pulse of the Fashion Industry study, over a third of those surveyed reported “actively switching from their preferred brand to another” because the latter displayed superior environmental and social values.

But to some experts, the fashion industry’s current efforts amount to little more than lip service. The pursuit of sustainability is a vast, hazy, yet ever more urgent task — one that many say will require radical and transformative measures. Is fashion truly becoming more sustainable? Or is the concept just another trend?

According to Achim Berg, global leader of consulting firm McKinsey’s apparel, fashion and luxury group, sustainability is beginning to play a more fundamental role in many companies. “Brands have started integrating the philosophy of ‘doing business for good’ into their values, moving beyond a pure focus on shorter-term shareholder value generation,” he said.

“Sustainability is no longer considered just to be a mitigating risk or part of supplier compliance,” Berg added in a email interview, “but it is becoming increasingly seen by CEOs as a ‘must’ in doing business.”

Sustainability — or the idea of it, at least — was hard to miss during fashion month. Recycled materials were everywhere, from Zero + Maria Cornejo’s collaboration with Hyundai, which saw leftover car seat material turned into a capsule collection, to Stella McCartney’s use of recycled polyester and plastics alongside organic cotton.

Both Preen and Marni used fabrics made from plastic bottles, while the latter’s Milan Fashion Week show went a step further by repurposing old clothing, mechanical pulp and plastic bottles into towering palm trees. Dior, meanwhile, garnished its runway with more than 160 real trees, all of which were set to be replanted after the show.

Another emerging trend was “carbon neutral” runway shows, beginning with Gabriela Hearst’s at New York Fashion Week and followed by Burberry in London and Gucci in Milan. What’s more, Gucci’s parent group, Kering, which also owns Yves Saint Laurent, Balenciaga and Bottega Veneta, among others, used fashion month to announce that the entire company “will become carbon neutral within its own operations and across the entire supply chain.”

“Communication at the point of sale, or about specific products or collections regarding sustainability, is often focused on certain very specific aspects, like … a raw material that is more sustainable compared to the (one that’s typically) used,” Hedrich said via email. “Objective criteria for rating sustainable fashion are missing.”

As a result, customers can struggle to make legitimately sustainable choices while the term remains so vague. “Yes, some of the more informed consumers are aware of the complex social and environmental issues associated with the fashion market and how their shopping habits contribute,” Hedrich said. “But since sustainability spans a broad array of issues in the very fragmented fashion supply chain, other consumers often don’t fully get what ‘sustainability’ really means. Consumers say they have difficulty when it comes to rating which offerings and which brands are truly sustainable.”

In short, to be considered genuinely sustainable, brands may need to entirely transform every aspect of their businesses. To that end, the leadership forum Global Fashion Agenda sets out eight “crucial sustainability priorities,” including complete transparency throughout the supply chain, safeguarding workers’ rights, becoming more energy efficient and reusing textiles. Cherry-picking one or two issues, the forum stresses, will not suffice.Cutting down on single-use plastic, for instance, does little for the 90% of garment workers worldwide who have no negotiating power over their working conditions or wages, as the global trade union IndustriALLfound. And an emphasis on organic cotton over synthetic fabrics does not address the water stress placed on cotton-producing regions in countries like India and China, as flagged by a 2019 report by the British parliament’s Environmental Audit Committee.

The term “sustainability,” therefore, is considered by some industry experts to be so broad as to be problematic. Designer Rejina Pyo, who works with materials including recycled polyester and organic cotton, as well as regularly visiting her factories and suppliers to ensure they uphold ethical standards, said, “We don’t describe ourselves as a sustainable brand because there is always more to do, and I’m not sure there is any such thing as a truly sustainable fashion company.”

“I think there is a lot of greenwashing out there, which does dilute the meaning of the term, but it is still really important that we are talking about it. The more awareness there is the more we can challenge and interrogate its use,” Pyo added.

Similarly, designer Phoebe English said the term was important, but too vague to be of real value. “I wouldn’t describe our label as a ‘sustainable label,’ as there isn’t actually a defined way to determine what issustainable fashion and what isn’t sustainable fashion.”

English described her brand as one that “aspires to sustainability with our best abilities,” explaining, “We have changed all our packaging to be plastic-free, and have been working on our raw materials aiming to only be using either certified fabrics or reclaimed materials.”

Batsheva Hay, whose brand Batsheva recycles existing fabrics and produces clothes blocks away from its New York City headquarters, suggested that sustainable practices can only do so much in the face of continued mass consumption.

“My main issue is with companies like H&M pushing such huge quantities of cheap clothing by calling it sustainable, yet in the end, they are still producing a massive collective waste,” Hay said (H&M has a stated “sustainability strategy,” and brands some items with green “Conscious” tags to signal that they contain “more sustainable materials.”) She continued, “The focus should really be on buying less and wearing what you own over and over again, rather than buying too much cheap, disposable clothing.”

Extinction Rebellion called for the cancellation of London Fashion Week, with activists gluing themselves to the entrance of the event’s central venue. Credit: Gareth Morris

Like Hay, some experts argue that even if major brands implemented sustainable practices at every stage of their businesses, they would eventually encounter a roadblock: Increased profit demands increased consumption, when the climate crisis requires we consume less. “Given the stark scientific warnings we face on climate change and biodiversity loss, we must reinvent fashion,” the UK’s Environmental Audit Committee concluded.

To environmental activist group Extinction Rebellion, sustainability is too limited a goal. The group called for the total cancellation of London Fashion Week, staging a series of protests when that demand wasn’t met. To mark the opening day, protestors glued themselves to the entrance of London Fashion Week’s official venue, 180 The Strand, while on the final day, they held a mock funeral procession in the center of London.

“Many sustainable labels are genuine pioneers in seeking to transform the industry from inside out,” Bel Jacobs, of Extinction Rebellion’s “Boycott Fashion” campaign, said. “However, we are in an ecological emergency and the time for incremental change and belief in the power of the consumer to change things — which sustainable labels represent — is past.”

“There is enough clothing currently in existence for us to clothe the world umpteen times over,” Jacobs added. “In this scenario, even the production of a single organic T-shirt looks out of sync.”