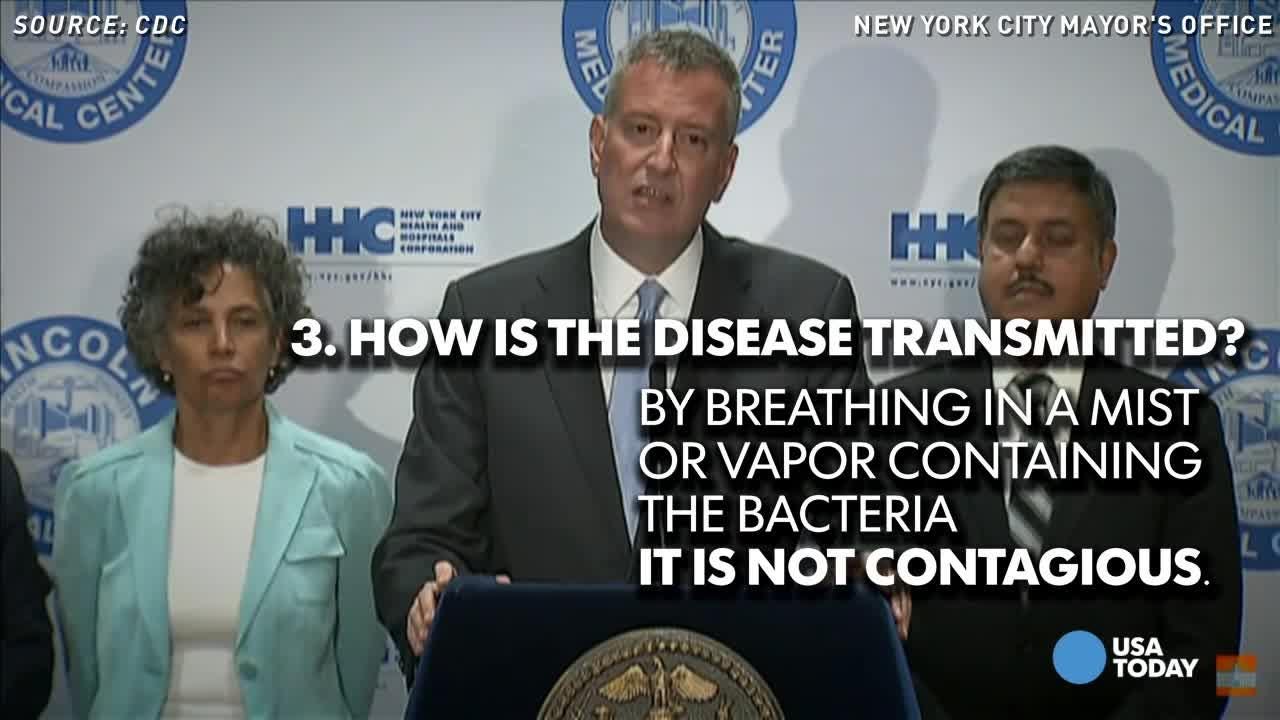 Five things to know about Legionnaire’s disease, which is a severe form of bacterial pneumonia.

LAS VEGAS – Michael Hurtado spent the past year of the pandemic flushing toilets. Once a week. Hundreds of toilets. Thousands of times.

“Every week, we go through the entire property and flush every toilet, run every hand sink, turn on every shower. You start at one end of the floor, and by the time you get back, you can turn them off,” he said.

Hurtado is the lead engineer for the Ahern Hotel, right off the Las Vegas strip. It’s  officially been closed during the pandemic, and Hurtado had the job of keeping the building systems safe despite the lack of guests.

“It easily takes 60 hours a week every single week for my team,” he said.

Keeping water moving is necessary to protect shut-down buildings against pathogens that can build up in their miles of pipes.

The one that keeps safety experts up at night is Legionella pneumophila, the bacteria that causes 95% of Legionnaires’ disease cases. It kills at least 1,000 Americans a year, according to the Centers for Disease Control and Prevention.

“It’s almost certain that we’re going to be at risk for more Legionnaires’ disease cases after the shutdown,” said Michele Swanson, a professor of microbiology at the University of Michigan and an expert on Legionella.

The bacteria occurs naturally in ponds and streams and most often becomes a problem when it sits in stagnant, lukewarm, unchlorinated water and multiplies, said Swanson, a member of a National Academies of Sciences committee that wrote a report in 2020 on the management of Legionella in water systems.

Those are exactly the conditions that can occur in the pipes of a closed building. The hot water cools to prime Legionella growing temperatures. Chlorine from the municipal water treatment system doesn’t last long in stagnant pipes, said Chris Nancrede of Nancrede Engineering, an Indianapolis company that specializes in Legionella control systems and services.

“Without new water flowing through the hot water system to push out the old, it can dissipate rapidly,” he said.

Water management companies said they’re getting double and triple the usual number of calls as buildings get ready to reopen.

“Calls have been through the roof,” said Brian Waymire, CEO of IWC Innovations in Greenwood, Indiana. His staff has treated hotels, corporate buildings, health care facilities, sports arenas and residential buildings in 45 states.

One of those calls was from the Ahern, which is working with IWC to create a water management plan before the hotel’s planned third-quarter opening.

If there’s been one silver lining of COVID-19, it’s that people are thinking of biosafety in ways they hadn’t, said Keith Wright, the Ahern’s general manager.

“People are coming to Las Vegas to have fun, not to get sick. We’re here to make sure that doesn’t happen,” he said.

Wright, Hurtado and the IWC team spent a day last month taking water samples from taps throughout the hotel, recording temperatures from hot water spigots and tracking the water system in the eight-story, 200-room hotel and conference center.

What they found impressed them. “This place is so clean, you could eat off the floor,” said Bill Pearson, the company’s chief science officer. Even the stainless steel on the pipes coming out of the cooling units gleamed.

Hard to catch but deadly

Legionnaires’ disease is rare but deadly, and a single case can scar the reputation of a building for years.

The main avenue for infection is breathing in Legionella-contaminated water mist. Symptoms include cough, shortness of breath, muscle aches, headache and fever.

The CDC estimated less than 5% of people are likely to become ill if exposed. The greatest risk is to older people, smokers and those with compromised immune systems.

To guard against a flare in cases, the CDC issued guidance last year on how to safely reopen buildings after prolonged shutdowns.

Not even the nation’s premier health agency was safe. In August, several Atlanta office buildings where the CDC leased space had to be closed after Legionella was found in water systems.

In San Francisco, the Public Utilities Commission was so worried by the number of large buildings where water consumption was down 50% to 70%, it sent out guidance to 952 of them on how to safely flush pipes when they opened again.

Though water engineers have to worry about Legionnaires’ disease everywhere, the general public shouldn’t, said Richard Miller, a longtime Legionella researcher at the University of Louisville, who runs a consulting business.

Legionnaires’ disease is not contagious, and people can’t get it from drinking water. It can be contracted only by inhaling the bacteria.

“If you drink water that’s got Legionella in it, there’s no disease because your stomach acid kills it off,” Pearson said.

The biggest danger zone is health care facilities, because they have vulnerable populations. The CDC estimated 25% of Legionnaire’s disease cases acquired in health care settings were fatal.

For the general public, hotel showers are where most cases start.

“Taking a bath is not as big an issue. It’s the shower at the hotel,” Miller said. “Office buildings aren’t nearly the same risk because you don’t stay the night.”

Other sources of infection are decorative fountains, hot tubs and cooling towers that are part of large-scale air conditioning systems. In 2015, a single cooling tower in a New York City building was responsible for an outbreak that sickened 138 people and killed 16, some of whom lived blocks away.

When things go wrong, the most common remedy is to inject high levels of chlorine into a building’s water system and let it sit for up to 12 hours.

It’s not a simple fix. A building’s entire water system must be shut down, which requires signs posted at every water source and staff to enforce it.

“Then when it’s done, you have to open every tap, turn on every shower and flush every toilet until the chlorine is back down to less than 4 parts per million. You can’t miss anything,” said Pearson, who has overseen hundreds of such cleanings.

“That’s why buildings need to get water management plans; it’s a lot cheaper than having to remediate,” he said.

Eventually, buildings might be engineered to make Legionella impossible, but that’s a long-term goal, Nancrede said.

“The whole field of Legionella detection and control is very young. We’re in a constant state of learning,” he said.

The newest ideas include filters to catch bacteria, ultraviolet light to disinfect the water stream, pipes resistant to biofilm formation and designing buildings so the bacteria can’t grow.

“We’re starting to talk about engineering Legionella out of systems, so no chemicals are needed,” Nancrede said. “But then you need to talk about how many feet per second the water is moving and what size the pipes are, so you have a certain velocity.”

For now, the best offense is a good defense.