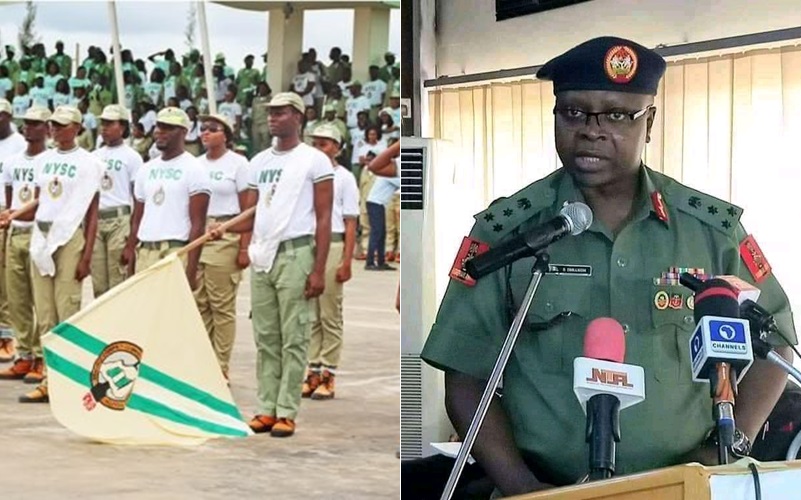 The National Youth Service Corps (NYSC) says anyone caught unlawfully in possession of its uniforms will face a three-year jail term.

According to NAN, Shuaibu Ibrahim, director-general of the scheme, spoke on Wednesday while reacting to the recent mob attack on its Abuja orientation camp.

WITHIN NIGERIA had reported how a mob invaded the NYSC camp on Tuesday, and carted away items including mattresses and foodstuffs amid the unrests trailing the #EndSARS protest.

The NYSC DG condemned the incident, wondering why the attackers would invade the camp which is not known for housing COVID-19 palliatives.

“We don’t have palliatives in the camps, we are preparing for our orientation. Imagine, the youth went away with our uniforms,” he said.

“I want to appeal to Nigerian youth not to attack our camps, we don’t have palliatives there.

“It is illegal for you to use NYSC uniform and if you are caught, you will go to jail for three years.”

He advised the youth to return the uniforms, while urging them to key into government policies to improve their lives.

Ibrahim said that the NYSC was established for the country’s development and the scheme had contributed a lot.

There have been attacks on private and government-owned properties across the country following the crisis that erupted as a result of the #EndSARS protests aimed at tackling police brutality.

The post Those Who Stole Our Uniforms Risk 3-year Jail Term – NYSC Director General appeared first on Within Nigeria.