For the first time since the accident that nearly took his life, Tiger Woods unveiled a picture on Friday, showing him standing on crutches next to his dog.

Woods has stayed out of the limelight since the incident in February, when he was injured in a crash in Rancho Palos Verdes on Hawthorne Boulevard. In March he returned from the Los Angeles hospital where he was recovering to his Florida home.

The fractures from the crash were on the upper and lower parts of both the fibula and tibia, and a rod was inserted to stabilize the area. Screws and pins were used to treat other injuries in the ankle and foot, while doctors sliced muscle in the area to relieve pressure and swelling in the area (a safeguard against infection).

But the 82-time PGA Tour champ looked in good spirits as he stood next to his dog Bugs, who is a Border Collie and Springer Spaniel Mix.

Woods mistakenly thought he was in the state of Florida when he was interviewed by a sheriff’s deputy at a Los Angeles area hospital after he crashed his vehicle in February, according to a 22-page collision report that reveals several new details about the collision sequence and aftermath.

The sheriff’s department did not try to examine Woods’ blood for evidence of medication because there wasn’t a strong enough reason for it, according to deputies. 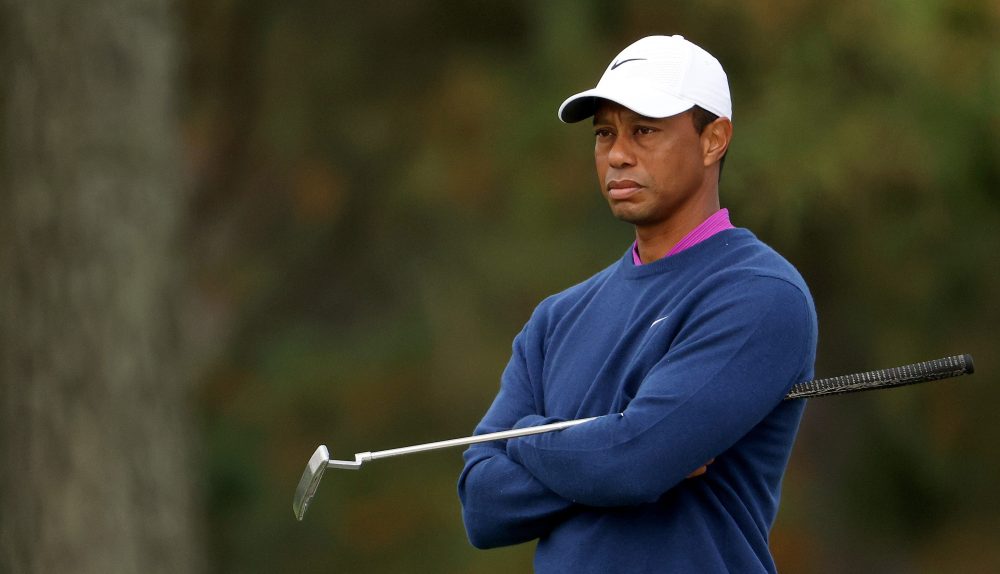