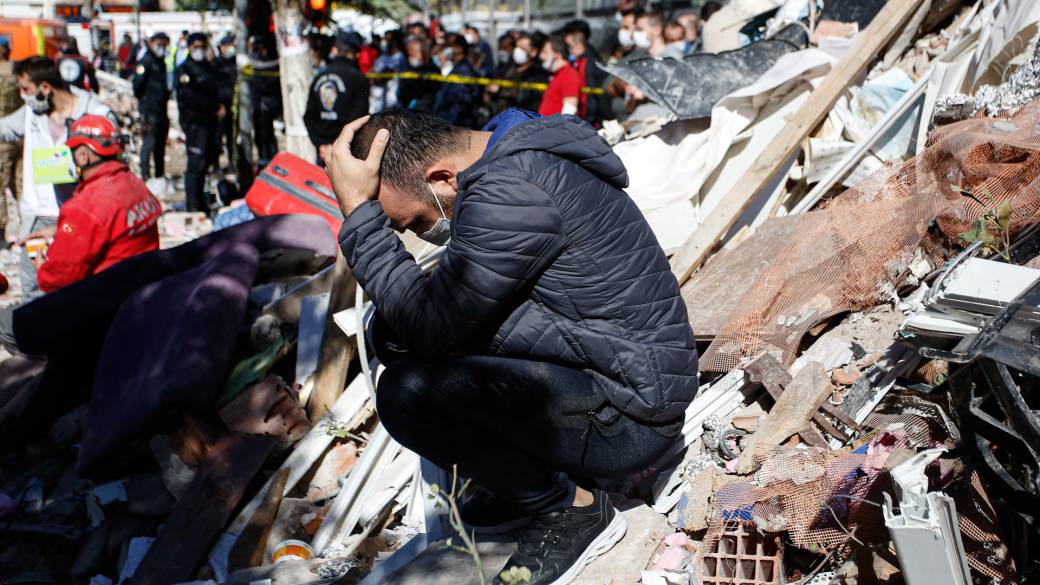 Rescue teams in Turkey’s Izmir region continue to search for survivors of Friday’s quake, while authorities have confirmed at least 60 deaths so far.

Officials say 58 people have died in Turkey, while two teenagers have died on the island of Samos in neighbouring Greece.

There are still a lot of people who perished after the earthquake.

A 70-year-old man has been rescued from the rubble of a building in Izmir after being held captive for 33 hours.

Rescue workers have been searching the wreckage of collapsed buildings in western Turkey for the third day in a row hoping to find survivors.

An old man, identified as Ahmet Citim, was pulled from a stretcher in the Izmir area early Sunday morning and taken to hospital.

Meanwhile, President Recep Tayyip Erdogan announced the death toll of 58 Turks. He said 896 people were injured in the quake.

The post Turkey Earthquake Death Toll Rises To 60 As Rescuers Comb Through Rubble appeared first on Within Nigeria.