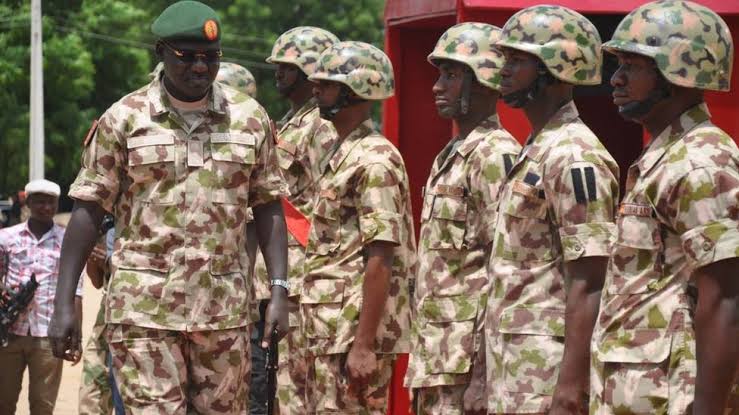 The Acting Director, Army Public Relations, Brig.-Gen. Sagir Musa, disclosed this in a statement on Sunday in Abuja.

Musa said that a total of 417 personnel had so far been tested as at Sunday in line with the directive of the Chief of Army Staff that all officers who attended the just concluded COAS conference be isolated and tested.

According to him, the late GOC, who died of COVID-19 complications on Dec 10, was among the officers, who attended the conference in Abuja.

He said that the cause of his death was reported as respiratory failure secondary to the complications of COVID 19 infection.

“On the confirmation that Gen Irefin’s COVID-19 test was positive on Dec. 9, the Chief of Army Staff directed the immediate suspension of the conference.

“And, all participants were directed to move into self isolation in line with the Federal Government protocols on COVID 19 pandemic,” he said.

According to him, equally, comprehensive testing of all participants commenced immediately.

“Consequently, as at Sunday the Dec. 13, a total of 417 personnel have so far been tested with 26 confirmed positive cases.

“Currently, all participants are in self isolation irrespective of their results while Nigeria Centre for Disease Control recommended COVID-19 treatment drugs were immediately issued to those that tested positive,” he said.

The army spokesperson also disclosed that all officers and soldiers working at the Army Headquarters were being tested while COVID-19 protocols were being strictly enforced across all units and formations of Nigerian army.

He said that the entire Army Headquarters complex was thoroughly fumigated on Saturday, Dec. 12.