VIDEO: Airport staff nabbed after stealing from travelers in Ghana 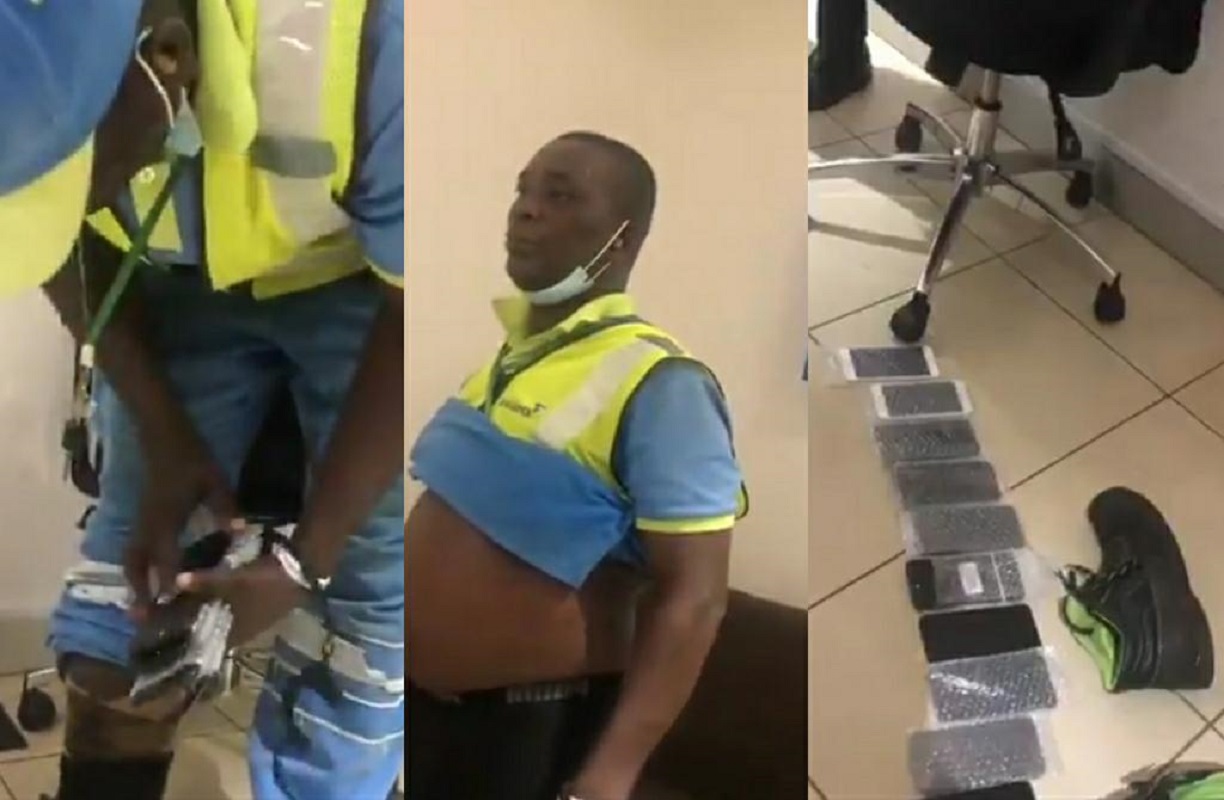 An alleged immigration official has been arrested for stealing passengers’ items from their luggage.

The staff of Ghana’s Kotoka International Airport was busted by security personnel for stealing some smartphones from travellers.

The shamefaced staff was reportedly nabbed at the arrival hall and the luggage receiving centre, with stolen phones from passengers.

In the now-viral video, the official was seen bringing out the stolen phones from his trouser and shoe, where he had kept them to avoid being noticed.

It was further learnt that the airport worker who was nabbed with 10 mobile phones, was handcuffed to be taken to the Police station for further questioning.

Watch the video below,

The post VIDEO: Airport staff nabbed after stealing from travelers in Ghana appeared first on Within Nigeria.