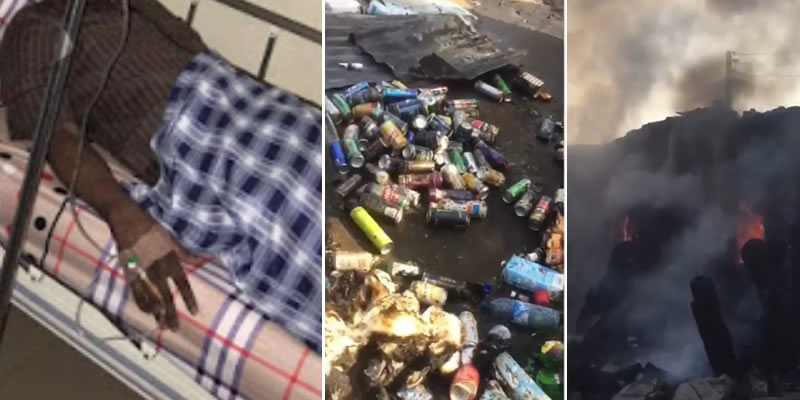 The owner of Choices Supermarket and Pharmacy, only identified as Alhaji, has reportedly slumped and was hospitalised after learning that his business has been razed down by fire in Akure, the capital Ondo state capital.

WITHIN NIGERIA learnt that the fire incident which razed many other shops including Alhaji’s supermarket happened at Ijomu area of the state. Goods worth multi-millions of naira were destroyed, leaving almost nothing for rescue.

Eyewitness who shared video from the scene of incident did not disclose cause of accident. He however, lamented on how State Fire service ignored their calls for rescue.

“Fire brigades were called, they give different excuses which is not genuine….government should pls take notice of this”, he said.

Watch footage from the scene of incident below;

In other news, a 10-year-old boy was thrown into fire for allegedly stealing rice In Ebonyi