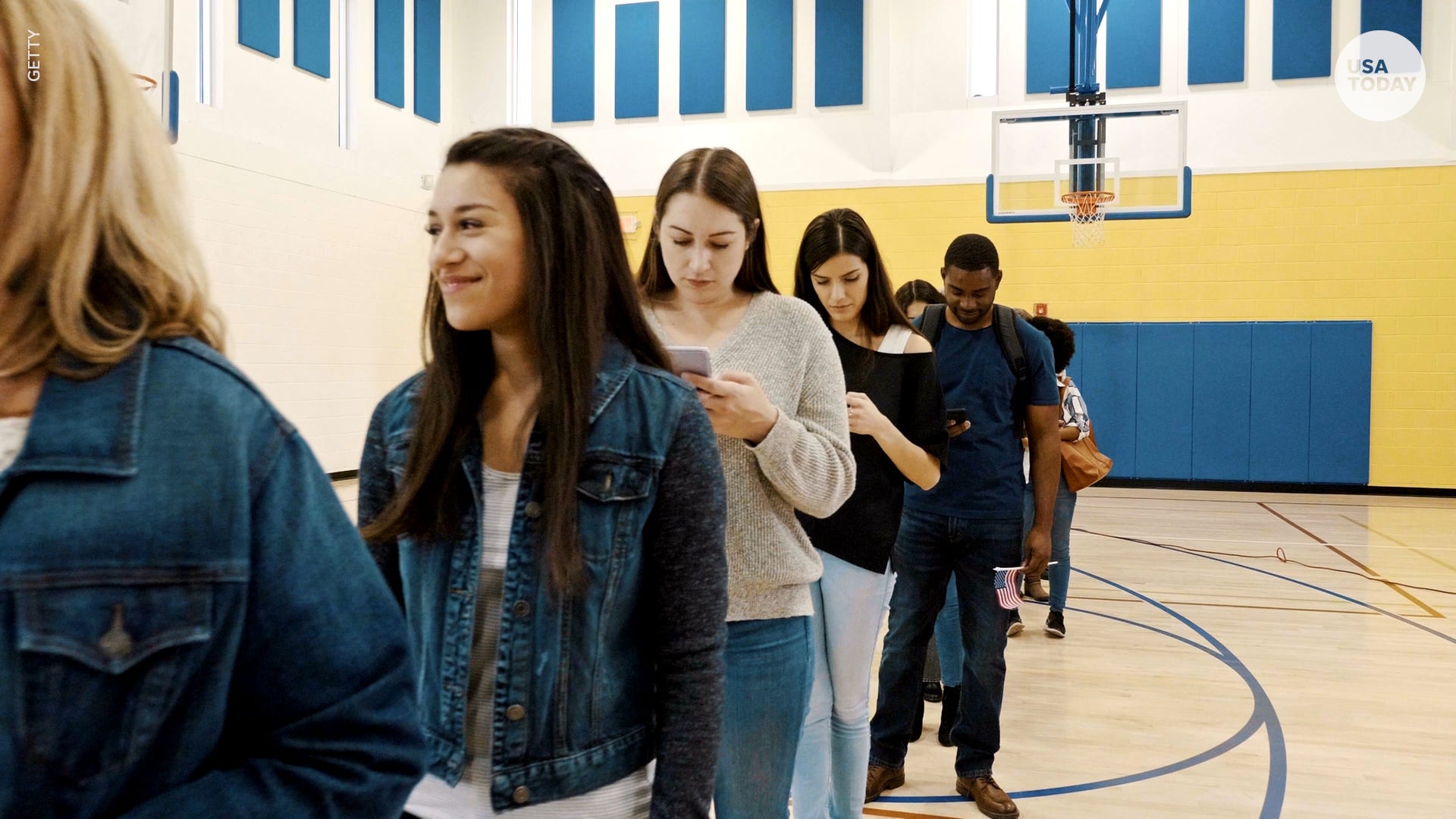 The 2020 election is motivating first-time voters of all ages and walks of life to cast their ballots.

With three days until Election Day, more than 85 million people have already voted – more than half of the total votes counted in the 2016 general election, according to Michael McDonald, a professor at the University of Florida who runs the U.S. Elections Project.

“The numbers are stunning,” McDonald said in an update on his website this week. “The pace of some states’ early voting is such that with almost certainty states will begin surpassing their total 2016 total vote this week.”

One such voter who talked to USA TODAY this week: Barbara Duvall who at age 99 survived COVID-19, pneumonia and five days in the hospital. She voted for the very first time last week.

“I guess I didn’t have time before because of my kids, my husband and our family. I stayed with them,” she said. “I decided this time that I wanted the right man in there.” Read the full story.

As Election Day approaches, USA TODAY is keeping track of what’s happening as voters around the country cast ballots. Here are some important headlines from this week:

Legal battles are happening on a massive scale: A record-setting number of lawsuits have been filed this year, with even more likely after the polls close. More than 230 election-related federal lawsuits were filed from Jan. 1 to Oct. 23, higher than any of the past three presidential election years during the same time period, a USA TODAY analysis of federal court data found.

Many athletes are longtime voters, but there are plenty of others who will be casting a ballot for the first time.

“I don’t like being a hypocrite if I’m asking everybody to vote and enact change,” Basketball Hall of Fame player, NBA broadcaster and first-time voter Shaquille O’Neal told USA TODAY Sports. “I can’t ask people to vote if I don’t vote.”

Some athletes have been motivated to vote for the first time by this summer’s social justice movement or a specific issue they want to support. Others say they’ve come to see voting as a civic duty. And some are only just now eligible to vote, either due to their age or citizenship status.

USA TODAY Sports spoke with four athletes who are casting their first ballots in a presidential election — and why they’re voting. Read more.

Early voting has surged to unprecedented levels in the 2020 election, especially in Texas where the number of early votes has already surpassed the total number of ballots cast four years ago.

According to the Texas Secretary of State office, 8,969,226 out of 15,101,087 registered voters cast ballots in the entire 2016 general election.  The official vote count in Texas through Thursday is already at 9,009,850 – with a full day of early voting and Election Day left.

Voters in Texas do not register by party, so the early returns don’t indicate whether the high numbers favor Democrats or Republicans. Polling indicates a very tight race in the Lone Star State, which Trump won four years ago by nine percentage points.

This cheat sheet from Columbia Journalism Review offers tips for media organizations reporting on Election 2020 that are a good reminder of what to expect on Election Day.

The affected site is at the supervisor of elections’ Palm Bay administrative offices, 450 Cogan Drive SE, which also is temporarily closed.

Citing the “stringent safety protocols” in place since the March presidential preference primary, Scott said: “It is a tribute to our strict safety measures that we have been able to process almost a half a million voters through the election process this year before having our first positive case.”

Early in-person voting continues from 8 am. to 6 p.m. Friday and 8 a.m. to 4 p.m. Saturday and voters were urged to visit other early voting sites in the area.

Nearly 24,000 lawyers are volunteering to help voters across the country navigate changes in what has become an unprecedented election cycle. Organizers of Election Protection, a national coalition of civil rights and voting rights groups, said the number of volunteers has quadrupled since the 2016 presidential election and the 2018 midterm elections. They’re bracing for even more calls as Election Day nears and in the days and weeks following.

The Election Protection hotline (866-OUR-VOTE) is available all year, but calls have ramped up in recent weeks as millions started casting ballots early in some states. The hotline has received more than 100,000 calls since July, averaging about 7,000 a day, organizers said. At this point in 2016, the group had fielded 21,000 calls since January of that year.

☑️How to make sure your mail-in ballot is counted and not discarded.

🗳️ USA TODAY’s Voter Guide has everything you need on registering to vote, when your state begins voting and what the candidates think about the issues.

📧For updates to your inbox, subscribe to our daily On Politics newsletter.