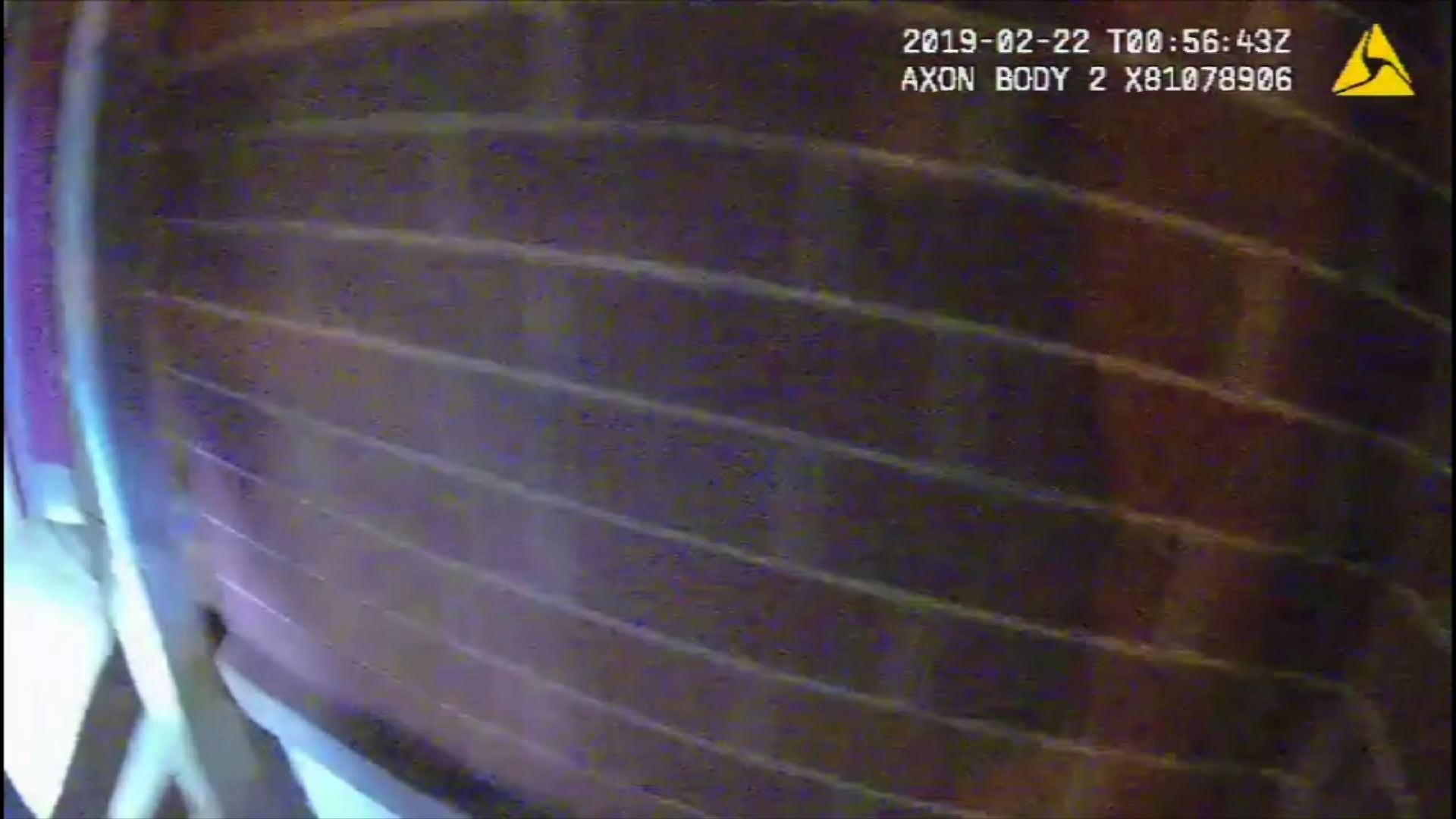 A retired US federal judge and a law firm will lead an independent investigation of a mistaken police raid on the Chicago home of a Black woman who wasn’t allowed to put on clothes before being handcuffed, the city’s mayor said on Tuesday. (Dec. 23)

CHICAGO – Race and gender have a profound effect on how police interact with civilians, and white officers use force more often and make more arrests  especially when interacting with Black people, according to a new study of police officers in Chicago.

The study by researchers affiliated with Columbia University, Princeton University, the University of Pennsylvania and the University of California, Irvine, published in the journal Science Thursday suggests diversity reforms in police departments may improve officers’ treatment of minority communities.

While previous studies assessing diversity initiatives have found that officers with a range of backgrounds “ultimately behave similarly” due to a confluence of factors, including agency culture, many of the studies did not compare officers’ behavior in specific circumstances and assumed officers of different races were randomly assigned to neighborhoods.

“Until now we just haven’t had evidence showing if this proposed diversity actually makes a difference. Our results show it does,” Dean Knox, assistant professor at the University of Pennsylvania, said in a discussion of the study Monday. “We find that deploying minority and female officers leads to lower rates of stops, arrests, and uses of force against civilians, especially Black civilians.”

Researchers found officers of different races work in different environments, and men and women also work during different hours of the day, a reality that had meaningful impacts on the study’s findings. In general, Black officers, compared to their white and Hispanic counterparts, worked in districts with 47% higher per-capita violent crime and large co-racial populations.

The study draws on some “unusually rich data” obtained through years of open-records requests and appeals to the Chicago Police Department, the city’s Department of Human Resources, and the Illinois Office of the Attorney General. The researchers, in collaboration with Chicago’s Invisible Institute, gathered information pertaining to 2.9 million officer shifts and 1.6 million enforcement events by nearly 7,000 officers from 2012 through 2015.

Who are police protecting and serving?: Law enforcement has history of violence against many minority groups

In a break from past approaches, the researchers used the data to compare the law enforcement actions of officers of different demographics in similar circumstances – the same year, month, day of week, shift time, and assigned “beat.” The researchers limited their analysis to male, female, Black, Hispanic, and white officers.

Here’s what they found.

Black officers made less stops for petty crime and suspicious behavior, even though they handled violent crime in a similar way to white officers, the study found.

Black officers made 29% fewer stops and 21% fewer arrests and used force 32% fewer times than white counterparts on average, compared to white officers in the same circumstances, the researchers found.

“These disparities are driven by reduced discretionary stops and arrests for petty crimes, including drug offenses, which have long been thought to fuel mass incarceration,” the authors wrote. “By contrast, Black officers’ violent crime enforcement is only slightly lower than white officers’.”

The researchers found “more modest” gaps between the number of enforcement actions by white and Hispanic officers.

Again, the disparities in enforcement actions between white and Hispanic officers were driven by less engagement with Black civilians. But when it came to Hispanic civilians, Hispanic officers made nearly the same amount of stops and arrests as did white officers, the researchers found.

“Hispanic officers display lower levels of enforcement activity than whites overall, but their behavior toward Hispanic civilians is broadly comparable to that of white officers, a pattern that deserves further investigation with more fine-grained data on this ethnic group,” the authors wrote.

The researchers concluded that the data in the study “strongly suggest” diversifying police forces can reshape police-civilian encounters. But several factors complicate the study’s conclusions, the authors note.

For one, the study was able to identify a trend in police behavior, but researchers could not determine the cause of the pattern. Racial bias is one explanation for the results, but researchers did not directly evaluate why officers of different demographics treat civilians differently, Knox, the assistant professor and one of the study co-authors, said.

“This study is not a direct test of racial bias on the part of officers,” he said. “What exactly accounts for those differences is a separate question that’s going to require additional research.”

A justice department investigation released in 2017, however, found that the Chicago Police Department is beset by widespread racial bias, along with excessive use of force, poor training and feckless oversight of officers accused of misconduct. The department launched a probe into the CPD after a white police officer shot 17-year-old Laquan McDonald in 2014, sparking nationwide outrage when the city released video of the shooting a year later.

Robin Engel, director of the Center for Police Research and Policy in Cincinnati, Ohio, said more qualitative work needs to be done to understand how police-civilian interactions occur “before we jump to the conclusion that this is based on racial bias by officers.”

She suggested that citizen behavior may also influenced by an officer’s race and gender, which could account for the differences in outcome. She added that research has shown nonwhite and female officers are more receptive to de-escalation training.

“There’s also been some evidence that show Black and Latino officers have more expansive role orientation and less cynicism than white officers,” Engel, who was not involved in the study, said. “So all of these things can combine to start to explain and tease out why we’re seeing these findings.”

The study’s conclusions are also limited by several evolving factors. The relationships between police and civilians are changing rapidly. The demographic differences in current officers’ behavior may not be true of future groups. Where officers are deployed may change as more officers are hired from marginalized groups. And ongoing diversity reforms may change agency culture.

While a single case study “cannot be the final word in an important debate,” the authors wrote, Chicago is an important test case because it is a racially diverse city with a diverse police force – though not representative of the city – and a history of racialized tension between police and civilians.

Chicago has the nation’s second-largest police department, behind New York City, with 14,211 sworn and civilian members at the end of 2019. In a city that is about a third non-Hispanic white, a third non-Hispanic Black and a third Hispanic or Latino, more than half of the Chicago Police Department was white, nearly a quarter Hispanic and a fifth Black in 2017, according to according to the city. More than 22% of officers were female.

The city is “arguably one of the places you would want to know most where a diversity reform would be efficacious,” said Jonathan Mummolo, assistant professor of politics and public affairs at Princeton University and one of the study co-authors. “Our hope is that it generalized to other places that have those features.”

Researchers hope other academics can apply similar approaches to other departments, or to study different aspects of policing, such as the effects of body worn cameras. Knox added that a similar data analysis, on a more short-term level, could be used to find “bad apples” or officers who use force more often than their peers.

Sharon Fairley, who was appointed in the wake of McDonald’s killing to lead and relaunch Chicago’s police civilian oversight agency, said the study gives data to what she and colleagues “intuitively” know is happening in the city.

“It’s got real, hard-backed science about what people working in this space believe is happening intuitively,” said Fairley, who no longer heads the agency. “It’s helpful to have this data to actually support recommendations and reforms that include this in the issue.”

In a statement, the Chicago Police Department said it is “committed to treating all individuals with dignity and respect.”

“Ensuring that our officers reflect the diversity of Chicago’s communities is critical to public safety and constitutional policing,” the statement said. “The Department has also expanded community immersion-based training for new recruits to learn more about the communities they serve. Additionally, as part of our ongoing reform efforts, all officers are also required to undergo implicit bias training as part of annual in-service training.”

In the wake of a year that saw thousands of protests nationwide against police brutality, Americans are searching for solutions, and a range of stakeholders have floated possible next steps – from implementing alternative crisis responder programs and residency requirements to abolishing police departments altogether.

“Although our results show that diversity in law enforcement can narrow these gaps, it cannot, on its own, fully address the substantial racial disparities that characterize the American carceral system,” the authors wrote.

Floyd protests: 5 ways to reduce police misconduct, use of force and racial profiling

At the end of the day, the effects of diversity initiatives are not “simple,” the researchers said.

“Officers are multidimensional, and crafting effective personnel reforms will likely require thinking beyond the coarse demographic categories typically used in diversity initiatives and consideration of how multiple attributes relate police to the civilians they serve,” the authors wrote.

Chris Donner, a professor in the Department of Criminal Justice & Criminology at Loyola University Chicago who was not involved in the study, said diversifying is an important but insufficient first step.

“The fact of the matter is that female officers and officers of color can still be swept up into a police culture that allows for a code a silence to persist, encourages an ‘us versus them’ mentality, and trains officers to be ‘warriors’ rather than ‘guardians,'” Donner said. “There’s an old adage that when you become a police officer, you are no longer white or black or brown, you are now blue.”

Donner said one of the most effective ways to reverse the “negative effects of the police culture” may be to change the way police are trained.

The study notes that Knox and Mummolo serve as a paid consultants for the DOJ’s Civil Rights Division and the American Civil Liberties Union. Roman Rivera, another of the study co-authors, previously worked for the plaintiffs in Campbell v. City of Chicago, a class action lawsuit seeking federal court oversight of CPD’s operations. 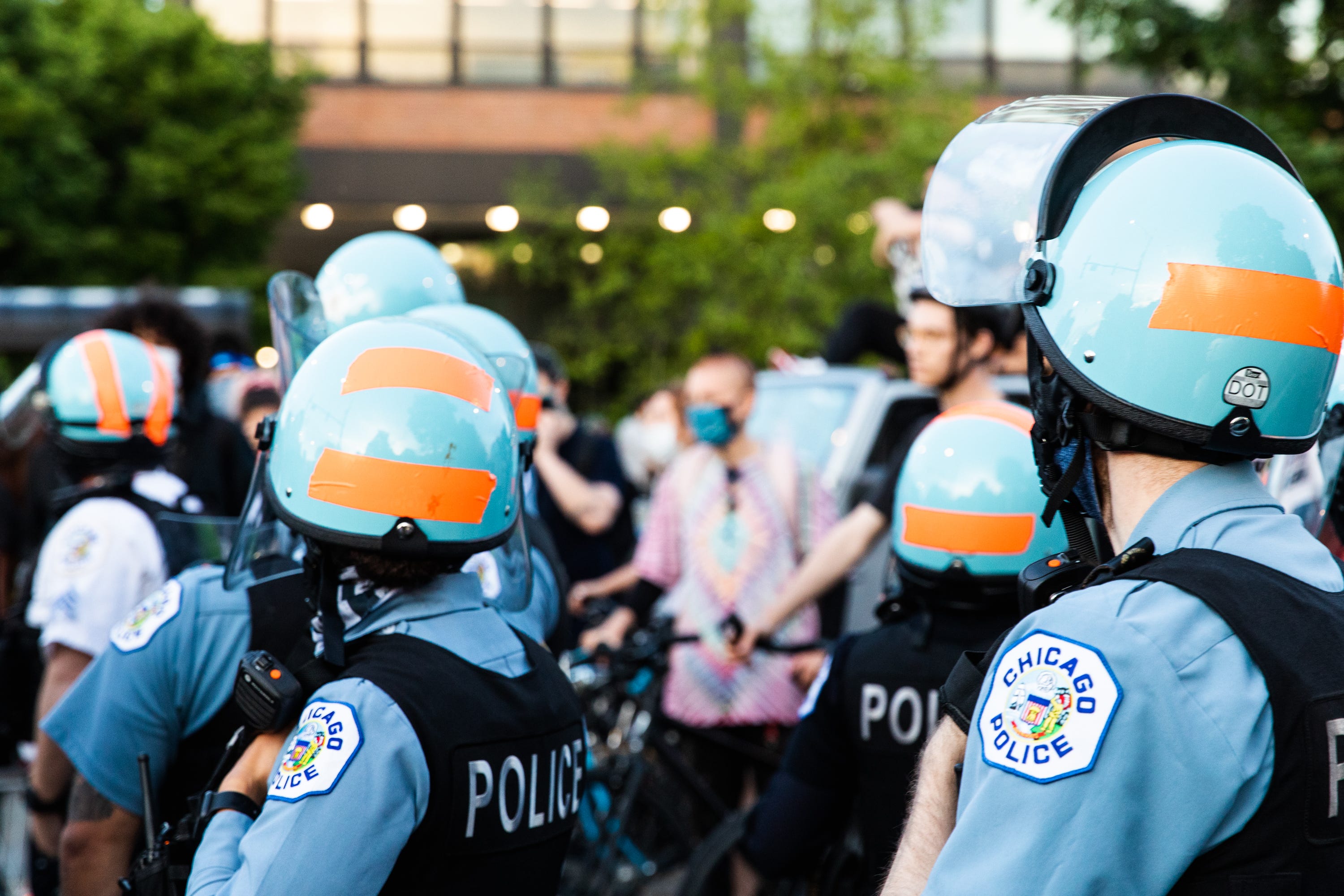 2021-02-11
Previous Post: Jazz legend Chick Corea dies at 79 after battle with ‘rare form of cancer,’ John Mayer, more react
Next Post: Like a ‘cloud is falling out of the sky’: NASA images show rare ‘fallstreak holes’ over Florida